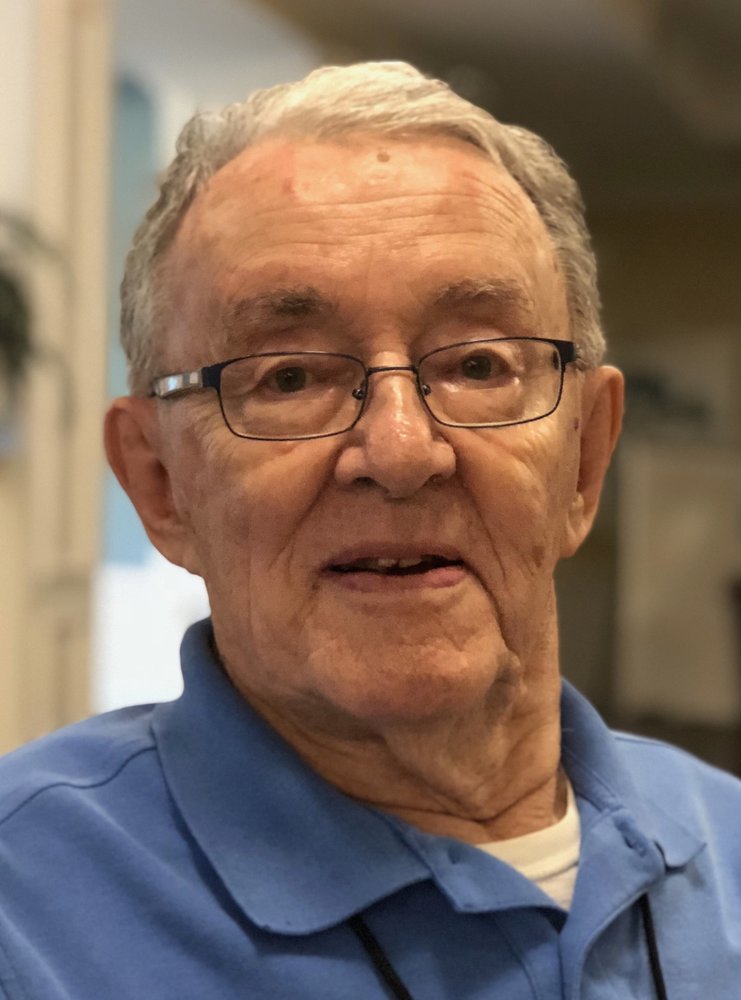 William F. Shuler, 90, died Tuesday, May 12, 2020, of pneumonia caused by Covid-19. A lifelong citizen of Dover, he was a true advocate for his town as well as a loving and caring family man. Born to Frank and Dorothy Shuler in 1929, Bill was raised in Dover and, in his youth, played sports at Hamilton Field and raced sailboats on Lake Hopatcong. Having graduated from Dover High School mid-year in 1947, he attended Blair Academy before heading off to Gettysburg College. It was during those years that he met the love of his life, Peggy Ann May, on a blind date in Rockaway. They married the summer after his college graduation. Shortly thereafter he was drafted and served two years in the army, spending 14 months in Korea. After his return in 1954, Bill worked at Shuler Tire Service, the family business he and his brother Ed operated in Dover for many years until it was sold. Bill and Peg purchased their forever home in Dover and raised a family of four. Bill was a charter founder of the Dover Junior Baseball League, a precursor to the Dover Area Little League. His strong interest in supporting and improving young people’s lives led him to accept an opening on the Dover Board of Education in 1964. He held the seat for the next 52 years, making him the second longest serving BOE member in New Jersey. Throughout this time, he devoted his efforts to the care and advancement of Dover students by working on every executive committee and encouraging parents to get involved in their children’s education. In addition to being honored by both the New Jersey School Board Association and the Morris County School Board Association, Bill was named “Public Official of the Year” by the Dover Area Chamber of Commerce in 1993, and in 2003 was inducted into the Dover High School Hall of Fame. His true legacy, however, is that of showing genuine kindness towards everyone he encountered in his life. Within his family, he was cherished for his unwavering support of all his children’s activities and endeavors, be it music, sports, or world travel. He loved family vacations in the Florida Keys, the New Jersey Shore, and in the Green Mountains of Vermont. He was a great letter-writer and conversationalist who made everyone feel at ease. A life-long learner, he had a special interest in Abraham Lincoln and the Civil War. Bill will be missed by his wife Peg, his children Melissa (Paul Budd), Bill Jr. (Ulla) and Eric (Deanie), his grandchildren Rebecca, Claude, Theo, and Paul as well as Chrissy, Amanda, Travis, Brandon, and Alison, and also his five greatgrandchildren. He is survived by his brother Ed (Sandy), nieces Terry and Kim, and nephew Keith. Bill was predeceased by his son Jim in 2010. To honor Bill and his love for Dover, history, and education, donations may be made to the Dover Area Historical Society (DAHS), P.O. Box 609, Dover, NJ 07801. A memorial service will be held at a later point in time. For online condolences please visit www.tuttlefuneralhome.com.
Services for William Shuler
There are no events scheduled. You can still show your support by planting a tree in memory of William Shuler.
Visit the Tribute Store
Plant a Tree
Print
Share A Memory
Plant a Tree