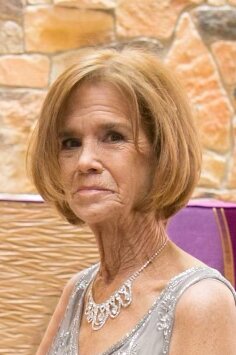 Please share a memory of Martha (Marti) to include in a keepsake book for family and friends.
View Tribute Book

On Saturday, January 7th, 2023, Martha (Marti) Ann Merenda passed away peacefully at home with her daughter at her side. She was 73 years old.

Marti enjoyed the arts and painting. She was always the first to volunteer to help you with crafting projects or make you gifts. Marti was also always involved in the community, whether throughout her years teaching in Newark Public Schools or serving the recovery community as she had over 41 years clean. She will be remembered as a strong willed, creative and caring woman; someone who gave up countless hours protesting for women’s rights and standing up for what she believed in.

Marti was preceded in death by her father, Stuart Nims Sr, and mother, Marjorie Nims; siblings Stuart Nims Jr. and Laurie Dunn; her husband, Marco Merenda, and her son-in-law, Michael Kaschak. She is survived by her sister, Debbie Cheever; her daughter, Mary Kaschak; and two grandsons, Marco and Michael.

A Memorial Mass will be held at Sacred Heart Church, Dover, on Saturday January 21, 2023 at 10:30AM.  There will be a celebration of life held on the evening of April 12th, 2023 in Randolph, NJ- for details please reach out to her daughter, Mary.

In lieu of flowers, donations can be made to the Hope & Serenity Recovery Community Center in Sparta, NJ.