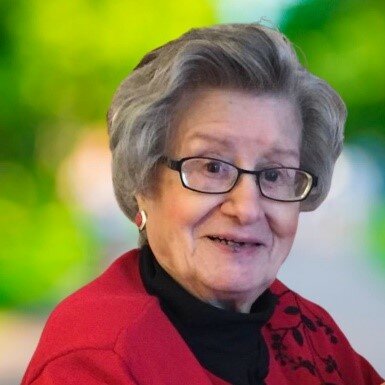 Please share a memory of Uliana (Julie) to include in a keepsake book for family and friends.
View Tribute Book

Uliana (Julie) Jacobson, age 101, of Cedar Crest in Pompton Plains, entered eternal life, Tuesday, December 13th at her residence. She was born June 11, 1921, in Italy, daughter of the late Argia and Renato Casini. Prior to moving to Cedar Crest, Uliana was an active member of Trinity Lutheran Church of Morris Plains as well as the NARFE William J. Ryan Chapter 0424 of Dover.

Funeral Service and Interment will be held graveside at Arlington Cemetery, Kearny on Friday, December 16th at 10:30am.

Everyone should meet at the cemetery.

In lieu of flowers, donations may be made in Uliana Jacobson’s memory to the Wounded Warrior Project, PO Box 78517, Topeka, KS 66675.