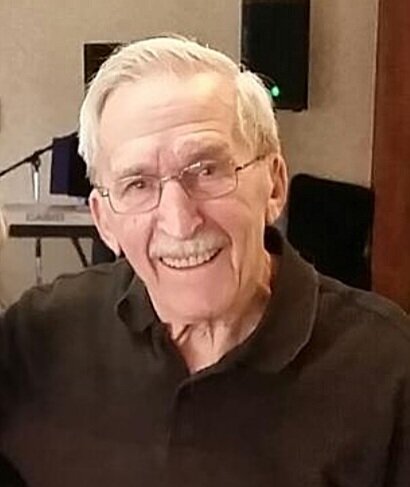 Please share a memory of Joseph to include in a keepsake book for family and friends.
View Tribute Book

Joseph Michael Krieg, an Army veteran, passed away after a short illness on Veteran's Day, November 11, 2022 at the Karen Ann Quinlan Hospice in Fredon. He was 94 years old.

The sixth of seven children, Joe was born in Newark in 1928 to Sebastian and Elizabeth Krieg. Joe attended Eastside High School before enlisting in the Army in 1946 and serving in Germany as an assistant in the operating room. Joe took pride in the fact that he had preserved the life of a newborn child who was not expected to survive by attending to him throughout the night. Following his discharge, Joe worked as an Installer for Whitehead Carpet in Rockaway and after many years of dedicated service he became the manager and finally the owner of the business. After he retired in 1993, Joe worked for Tuttle Funeral Home until 2020 and also worked as a Bartender at the Wharton and Denville American Legion Posts during the same time period. A member of the American Legion, Joe held the posts of Chaplain and Post Commander (Newark). He was a proud member of the Legion Color Guard and enjoyed marching in parades all over New Jersey. For the past year Joe resided at the independent living facility in Bentley Commons at Paragon Village in Hackettstown.

Joe and his wife Eleanor (Chirip) raised their family in Morris Plains. Eleanor passed away in 2020. They were parishioners at Notre Dame of Mount Carmel R.C. Church in Cedar Knolls where Joe served as a lector and an usher. After moving to Wharton in 1993, Joe and Ellie attended St. Mary's R.C. Church in Wharton. An avid golfer, Joe also enjoyed bowling in a league, watching sports and doing yardwork. He rarely missed a concert or athletic event in which a member of the family was involved. He enjoyed music and singing and was known to burst into song at any moment, usually with a love song to his dear wife or his favorite Christmas carol, "Have Yourself a Merry Little Christmas". In his later years, he excelled at coloring detailed pictures with colored pencils. He especially enjoyed meeting his relatives in Hungary for the first time during a trip to Europe in 2010 with his daughter Donna. Joe was a loyal and dependable friend to all and a very generous man. He had a great sense of humor and a sharp wit, even at 94 years old. He may be most remembered for his friendliness and his ability to and fondness for telling jokes.

Joseph loved his family above all else. Spending time with them was his priority. He is survived by his sister-in-law Teresa Kopp (Chirip), and by three children, Cynthia Beliveau (Michel) of Newton, Donna Doyle (Muriel) of Ewing, and Joseph Krieg (Virginia) of Andover. Joe loved his grandchildren Ryan Beliveau and his wife Nancy, Shawn Beliveau and his fiancé Kristen, Meri Ling and her husband Andrew, Connor Krieg, Joseph Krieg, and Alexis Quigley and her husband Russell. Joe had one great-grandson, Michael Beliveau. He will be greatly missed by many adult nephews and nieces who have known him well their whole lives.