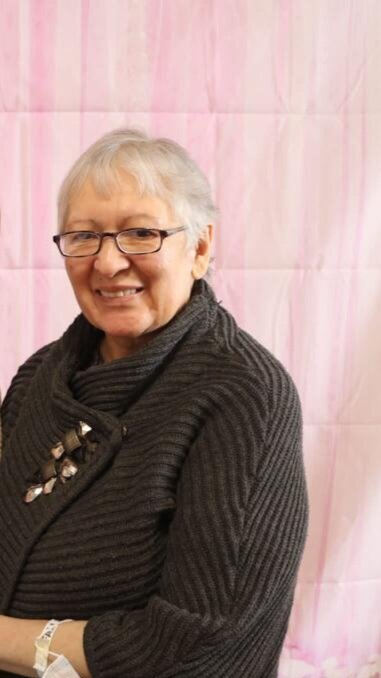 Please share a memory of Carmen to include in a keepsake book for family and friends.
View Tribute Book

Carmen Rosa Beltrán, loving & devoted daughter of the late Jose Santos Beltrán and the late Ana Rosa Díaz, was born and raised in Bogota, Colombia on Jan 28, 1950.  She peacefully departed this life on the evening of Friday, June 24, 2022 at Chilton Medical Center in Pompton Plains, NJ.

In Feb 1971, Carmen immigrated to the United States as a part of the South American Youth Exchange Student program to the state of Florida.  After 6 months, she relocated to New Jersey where she lived the rest of her life.  Carmen worked as the Director’s secretary for St Elizabeth Hospital, as well as Bilingual Executive Secretary for Weichert Realtor in Parsippany. She was an active member of Assembly of God Church in Washington DC for several years, during this time she was their official bilingual translator.  Her passions were not only to live as a Christian woman, but she loved to write poetry and was an avid reader. Her books were as important to her as breathing itself.  She loved music and enjoyed dancing.  She loved to tell stories, always eager to share her ideas and taking the time to pray with you at any time of the day.  Carmen  enjoyed expressing herself through her artwork; she was meticulous and proud of her work.

Visitation will be held on  Tuesday, July 5, 2022, 10:00AM-12:00PM  at Tuttle Funeral Home, Randolph. With a funeral service will beginning at 12:00PM also at the funeral home. Interment to follow at Locust Hill Cemetery, Dover.

A Memorial Tree was planted for Carmen
We are deeply sorry for your loss ~ the staff at Tuttle Funeral Home
Join in honoring their life - plant a memorial tree
Services for Carmen Beltran
There are no events scheduled. You can still show your support by planting a tree in memory of Carmen Beltran.
Plant a tree in memory of Carmen
Print
Online Memory & Photo Sharing Event
Online Event
About this Event