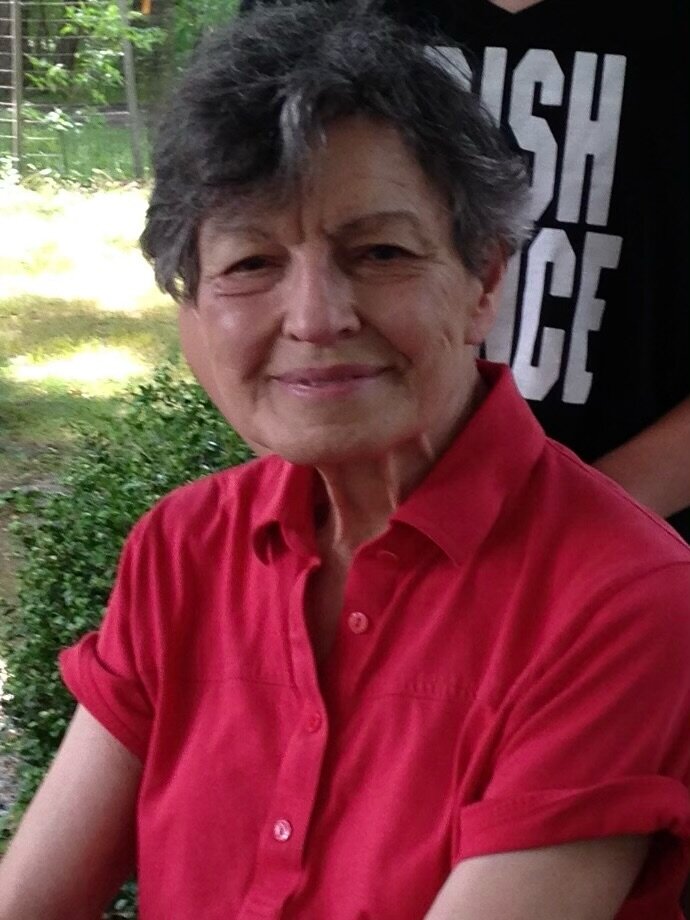 Please share a memory of Anita to include in a keepsake book for family and friends.
View Tribute Book

Anita was born in 1929 to Odette Anaise (nee Daigle) and Henri Breaux of Pierre Part, Louisiana.  She was the middle child of their five daughters.  Anita enjoyed going to school and church when she was young.  She also enjoyed playing in the water of the overflowed nearby bayou.  She helped her father care for his livestock and crops on his farm, where he primarily grew sugarcane.  Sadly, her mother died when she was only 5.  Her father remarried and Anita and her sisters loved their stepmother and stepsister dearly.  However, her father died when she was 11 and her stepmother was unable to care for Anita and her sisters, so they were taken in by their grandparents.  After living with different relatives, Anita was eventually taken in by a family in Jefferson Parish, just south of New Orleans.  Her foster parents, Linah and Clarence Himel were extremely kindhearted and they helped her find a stable job at a nearby Woolworth’s store when she was 14.  Several years later she went on to work as a bookkeeper at The Standard Coffee Company in New Orleans.  She lived with the Himel family until she was 24.  She remained very close to them throughout her life.

She met her husband, Joseph Mancuso, during a river boat dance on the Mississippi River.  Joe was originally from New Jersey but had been stationed close to New Orleans on a US Army base in 1952.  Joe and Anita were married in 1953 and they moved to New Jersey shortly after they were wed.  They began their life together in Joe’s hometown of Peapack, NJ and in 1957, they moved to Mount Freedom (Randolph Township, NJ).  They had 5 children together, whom they named after famous saints: Joseph, Joan, Anthony, Peter and Thomas.  They loved their children dearly and guided them to become responsible, kindhearted adults.

In 1973, Anita began a full-time day care service in her home.  Over the next 27 years, she helped hundreds of children from many families who needed of a safe place to stay while their parents were at work.  She showed them the same love and kindness that she had shown her own children.

After retiring, she began enjoying time with her seven grandchildren.  She also made many visits to see her relatives in Louisiana.  She attended Mass daily at Resurrection Parish in Randolph, where she was very active in many groups including The Women of Faith and The Right to Life.  The people she knew at Resurrection Parish were wonderful friends to her.

Outside of church, Anita played Mahjong weekly with women who lived near her home on Oak Drive for more than 40 years, which she really enjoyed.  She loved taking long walks in her neighborhood with friends, family, and her husband Joe.

She spent the last 5 years of her life in Swarthmore, Pennsylvania, where she lived with her son Anthony.  Although she enjoyed the milder winters in Swarthmore, she often said she missed her friends in Randolph, especially those from Resurrection.

Anita was pre-deceased by her husband Joe and her daughter Joan; her sisters Maud (Claude), Milda, Veronica, and Betty Jean; her stepsister Elma, her adopted sister Betty (Sam); her adopted brother Bob (Gilda).  She is survived by her adopted brother Garland (Shirley) her sons Joseph (Mary Beth), Anthony, Peter (Alison) and Thomas (Barbara); her grandchildren, Matthew, Michael, Olivia, Alexandra, Jonathon, Christopher and Amanda, many nieces and nephews, and her caregiver Ivy.

In lieu of flowers, please consider making a donation to the American Heart Association.

Funeral Mass: Resurrection Church, 651 Millbrook Avenue, Randolph, June 28 10:00 AM.  She will be buried at Holy Rood Cemetery on Whippany Road in Morristown immediately after the funeral mass.

An outdoor repast will be held at the Black River Barn in Randolph, NJ at 12:30 PM.