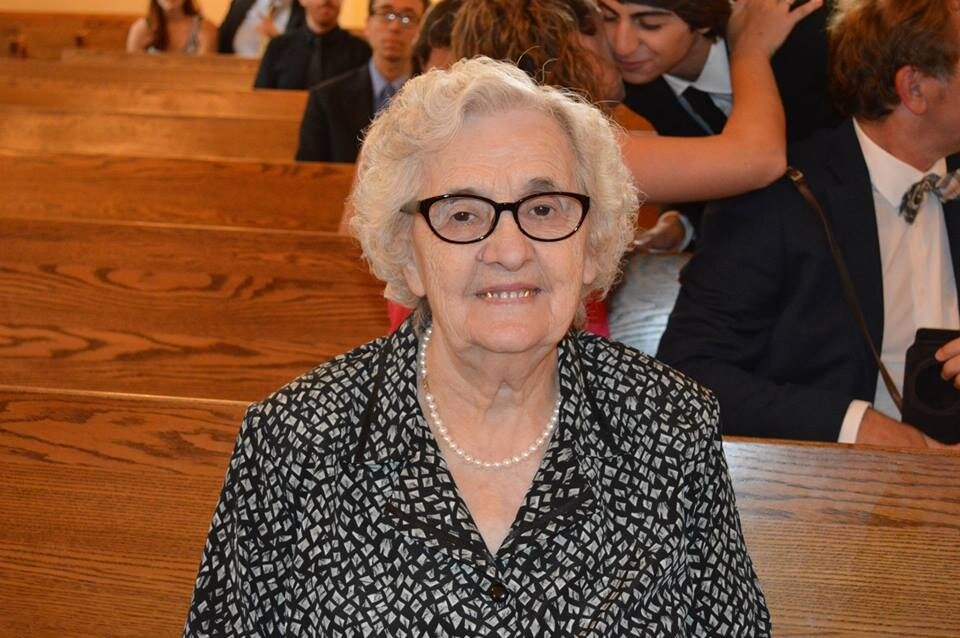 Please share a memory of Vasiliki to include in a keepsake book for family and friends.
View Tribute Book

Born to Aphrodite and Demetrios Papacharalambos in the mountain village of Chrisovo, Nafpaktia, Greece, she was barely two years old when her father left for America hoping to provide money for his wife and daughter. At the age of 17, she married Demetrios Grapsas, also of Chrisovo, and together they had 5 children.

She lived and suffered through a very difficult time in Greece, with WWII hitting her village and the Germans stealing and looting food and supplies.  Her beloved Chrisovo was infiltrated by communists several years later during the Greek Civil War.  Vasiliki was left to fend for her family, pregnant and with a young child, when her husband Demetrios was captured and imprisoned in a communist work camp.  At one point, Demetrios escaped prison, and when communists came looking for her husband, Vasiliki protected her young daughter by hiding her in a barrel. Demetrios turned himself back in to the communists to save his family, but their home and village was plundered. Demetrios eventually freed himself from prison again and was able to safely return home to his wife, his daughter, and a newborn son.  Through all the difficulty, Vasiliki remained kind and openhearted to all she met and went on to grow her family.  Her only wish was that no future generations would have to ever live this drama again.

In May 1968, Vasiliki immigrated to the USA.  Her daughter Soultana, who had escaped the slaughter of the communists, had married and moved to America and soon sponsored Demetrios, Vasiliki and their 4 other children to move in with them to Dover, NJ, a town which had hundreds of Greek immigrants from her beloved Nafpaktos region in Greece. Vasiliki settled into a peaceful life in America, becoming a citizen in 1974.  She was an amazing cook and became the head chef in her children’s restaurants: Her son-in-law Pete's in Dover and later her son George’s "Bonanza” and “Park Place Luncheonette” in Florham Park.

Vasiliki would come home from work and help raise her 10 grandchildren, who fondly referred to her as “Yiayia Koula”, on a daily basis.   She always made sure to provide her children and grandchildren with nightly home cooked meals up until a few years ago when her health declined. Her Spanakopita and Baklava will be missed. She loved her extended family more than anything and never missed a Sunday at St. Andrew’s church. Vasiliki’s commitment to her family was matched only by her commitment to God.  She would fast and receive holy communion on a weekly basis, read one religious book a week about the lives of the Saints of our church, and was always available to dole out advice to her children, grandchildren, and great grandchildren about anything and everything, without prejudice, judgement, or critique. -Vasiliki loved unconditionally.  She had a beautiful voice when she sang Greek folk music and loved to dance at family gatherings and feasts. Vasiliki would have everything ready for Easter every year so that her family would be together and enjoy a traditional Greek Orthodox Easter, and it feels fitting that she passed during a very holy time in the Greek Orthodox Calendar.

In lieu of flowers the family asks for donations to St. Andrew’s Greek Orthodox Church