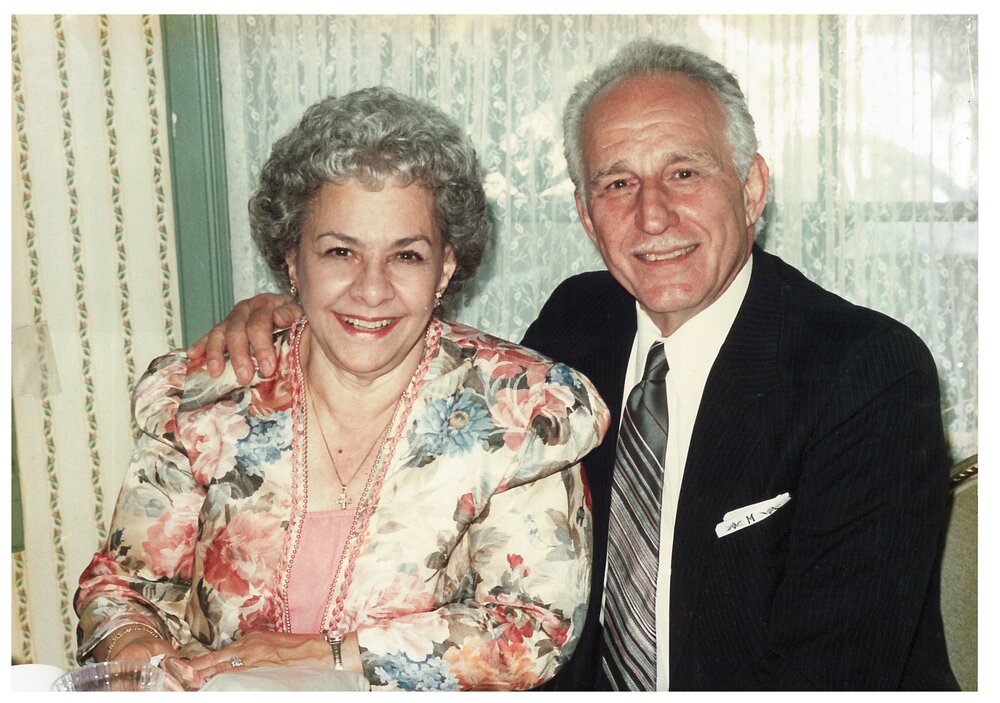 Please share a memory of Frank to include in a keepsake book for family and friends.
View Tribute Book

Frank Miserendino loving father, grandfather, and friend passed away peacefully surrounded by his family on April 14, 2022, at 102 years old.

Born Feb. 20, 1920, in Belleville, Frank (Francesco) Miserendino is the middle son of Giosue Miserendino and Rocca Henrietta Geraci.  He had an older brother, Thomas and a younger brother, Anthony.

His father was an Italian immigrant shoemaker who owned his own shop, but he lost his business during the Great Depression.

In 1946, he had just returned from his military service when he met Gloria Uliniello at a small local convenience store in Harrison. She was 18 and he was 26. They married on August 20, 1955, at the Our Lady of the Valley Church in Orange, when he was 35 and she was 27.  Flooding of the Delaware River that closed roads changed their honeymoon plans.  Instead of honeymooning in Stroudsburg, Pa., they ended up spending their first days as man and wife at a summer cottage on Swartswood lake that Frank had built in 1950.  He also built their house in Livingston, where the couple raised their four children.

Frank taught English in the Livingston School district, retiring in 1985. He also taught CAST, which taught multimedia usage for careers in broadcasting and other media.

Throughout the years, their family spent many happy summers at the house on Swartswood Lake, jumping off the two rafts that Frank constructed and would place in the lake each summer.  The lake house was the site of their annual family picnics, often attendee by more than 60 families’ members.  There cookouts over a wood fire pit, tents pitched for relatives in the field and stories told under the star filled summer sky. For many years, there was no phone at the lake house.  It was truly an oasis from everyday life, Frank recalls.

Said his son, Nicholas, “When I was very young (about 5 or 6) I thought my dad owned the entire lake. It was very disappointing to learn several years later, that was not the case.”

He also recalled about the lake, “It was a place where we all came to appreciate the 0ut-doors and nature”.  Thanks to my dad, I became familiar with the misty stillness of a morning lake, sailing, fishing, games during the day, the echo of forest songbirds at dusk, and laughter around the campfire”.

Frank and Gloria retired to Swartswood lake in 1991 and it became their year ‘round home.

Besides building things with his hands, such as his two homes, Frank Miserendino says he is passionate about trees, nature and plants, reading and politics.

Prior to going into the service, from age 16-22 he was an avid cyclist.  He was a distance rider and started the Belleville Bike Club.  He would ride 20-mile races to prepare for the century race (100 miles) on Long Island.

“We would ride lightweight bikes, which I made myself.  They were single sprocket. Guys with money could purchase the three-speed bikes and they always had an advantage.  I always had to keep in good shape in order to compete with those riders”, he said, noting he was always one the riders at the front of the pack.

While in the Army, he was also a middleweight boxer.  He attended college on the GI Bill and attained three master’s degrees (English, Education and Communications) in addition to his undergraduate degree in Business / Accounting.

He and Gloria were married for 61 years. She died on Aug. 5, 2016.  His secret to longevity? “Live a clean life.  I love all kinds of macaroni. Always ate fresh vegetables and a good clean diet.  Diet is important. Also, you always have to exercise. You can’t stop moving”.

His main love is his family, which includes survivors daughter Rocca Molteni and her son, Nicholas Molteni; son Nicholas Miserendino, his wife Tammy and their three children, Timothy Miserendino, Danielle Miserendino and Christine Cliff; daughter Henrietta Hiink, her husband Fred Hink and their son Robert Fennimore; and son Anthony Miserendino, and his wife, Tracy and their two children, Frank and Faith and a great grandchild on the way.

In lieu of flowers donations in his memory may be made to:  Wounded Warrior Project https://www.woundedwarriorproject.org/ or a charity of your choice