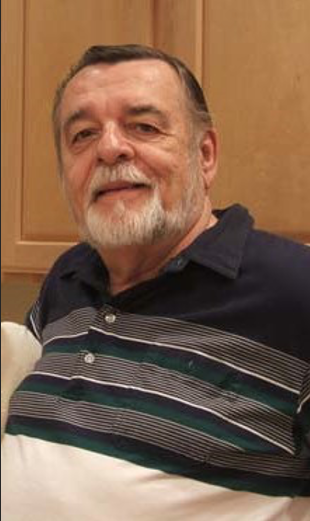 Please share a memory of Otto Sam to include in a keepsake book for family and friends.
View Tribute Book

Sam was born in New York City on September 6, 1938 to Otto and Mary (Szczesniewicz) Hansen. He grew up in Brooklyn, NY. He graduated from Alexander Hamilton High School in Brooklyn, NY, class of 1956. Sam married his beloved wife, Irene, on May 13, 1972 and tjry would have celebrated their 50th wedding anniversary in May.

For many years in his early 20s, he worked alongside his father as a steeplejack. He could regale you with so many stories of the father-son work and travels together. He also was a proud union carpenter until 1976 when he had the opportunity to work for AMTRAK; a job which he truly loved.

Above all, he loved his family.

He was predeceased by his parents, his brothers, Karl and Steven. Sam is survived by his beloved wife, Irene (Meissner); his sons, Erik and wife Tina, and Paul, sister, Andrea Seymour of South Carolina, and his brother Orey, of Pennsylvania, his beloved grandchildren Madison and Mason, and many nieces and nephews, and cousins.

Visitation will be held Friday, March 25th from 4:00 to 8:00 pm at Tuttle Funeral Home, Randolph.

In lieu of flowers, donations to the ARC/Morris PO Box 123 Morris Plains, NJ 07950-0123 would be deeply appreciated by the family.