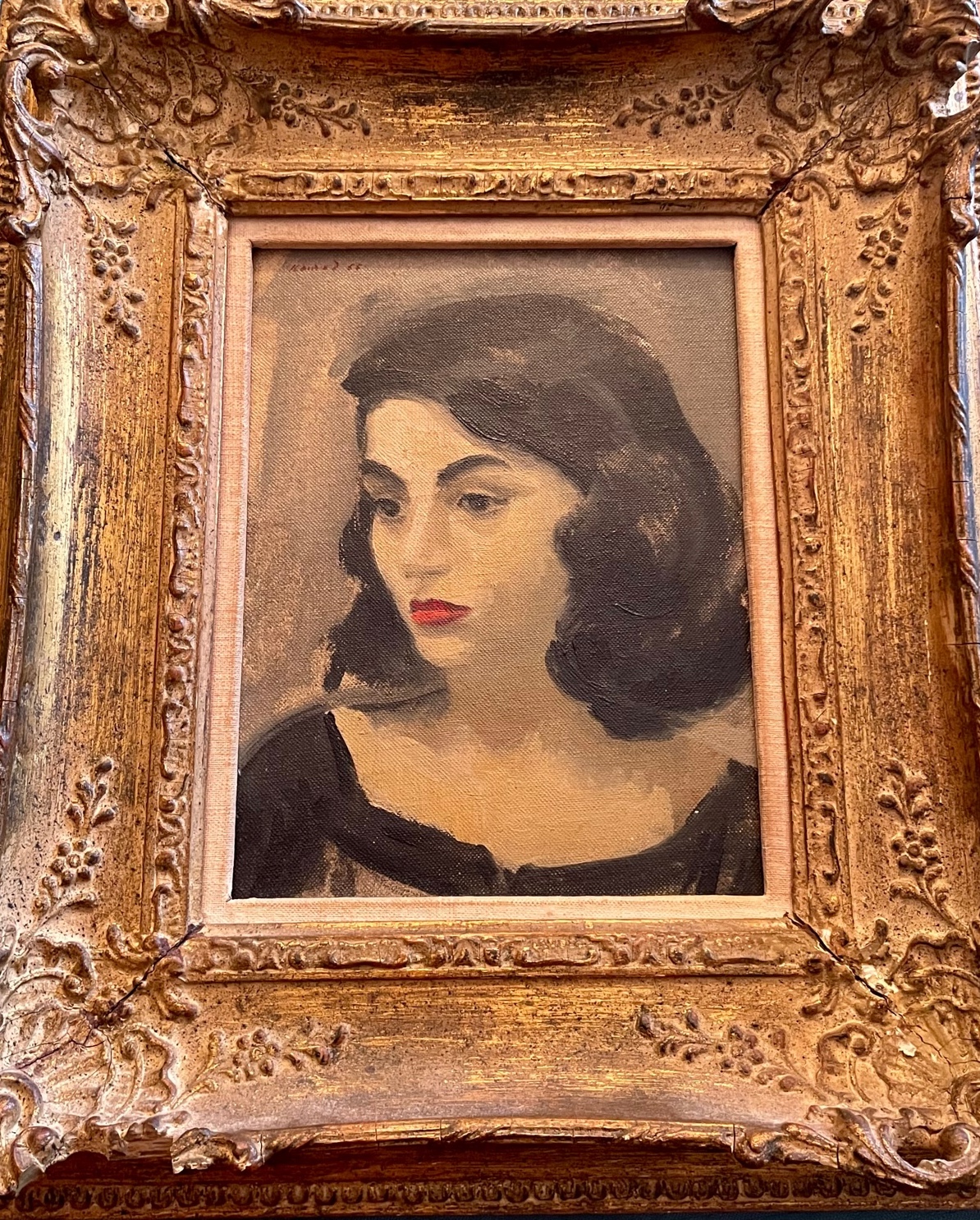 Please share a memory of Tessie to include in a keepsake book for family and friends.
View Tribute Book

Tessie D. Nomos, 87, of Whippany, passed away peacefully on March 21, 2022 after a long and difficult battle with Alzheimer’s Disease. She was surrounded by family when she passed.

Tessie was born on January 15, 1935 in Newark, N.J. After graduating from West Side H.S.,she went on to work at Bamberger’s Department Store. They placed her in the hosiery department because she had great legs! She then worked as a dental assistant for a Greek dentist in Newark.

While waiting on the corner for the bus one day, she was spotted by noted N.J. artist Adolf Konrad, who saw her from the window of his studio. Not wanting to seem inappropriate, he sought out her employer to ask permission to paint her portrait. There are actually several versions which have been displayed at The Newark Museum and other galleries around the state.

In 1955, Tessie went on a one month vacation to Greece to visit relatives. There she met dashing, blue-eyed Peter Nomos, and the one month vacation turned into a year’s stay. At the end of the year, they were married in a tiny church at the base of the Acropolis and they returned to the States to start a new life together. They went on to have a daughter, Laura.

Peter and Tessie ran a grocery store in Newark and then moved to Orange, N.J. where they opened a luncheonette. They closed the restaurant in 1971 and moved to Morris County. Tessie then had a 25 year career at Automatic Switch Company in Florham Park. She retired in 1999 after a bout with cancer.

Tessie had many interests. She loved painting with oils, gardening and traveling and was an avid reader. She loved music and was an ardent Sinatra fan. Tessie had an extensive, eclectic record collection as well. Although she never pursued higher education, ( though she was offered a full scholarship) she had a brilliant mind and could converse on a long range of topics, notably politics and economics.

Tessie was predeceased by her parents, James and Efstathia, her husband Peter, her brother George, and her sister Mary Basilion. She is survived by her daughter Laura, son-in-law Peter, and her beloved grandson Nicholas, who was the light of her life.