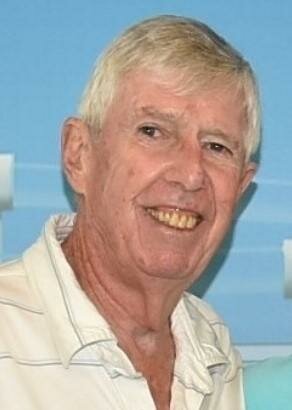 On Friday, February 4th, Peter Kenny passed away peacefully at his daughter’s home in Florida surrounded by his wife and children. He was 76 years old. A longtime New Jersey resident, Pete was born in New Brunswick, raised his family in Manalapan and relocated with his wife to Randolph 16 years ago.

Pete’s career in banking spanned more than 50 years, and while he did business across the State of New Jersey, the majority of his time was spent in Morris County. He was actively involved in the community, volunteering his time with many organizations including serving as President of Community Bankers of NJ, on the Board of Directors for NJ Banker’s Association, Director of the Morris County American Cancer Society, Director of the Essex County American Red Cross, Vice Chairman of the Randolph Economic Development Committee and Treasurer of the 200 Club of Morris County.

Pete also bravely served our Country during the Vietnam War, as a member of the U.S. Navy Seabees. He was also an active member of the V.F.W. Post 7333.

While anyone who knew him knew that he loved his work and golf, that was nothing compared to how much he loved his family. Traveling (with many trips to Hilton Head) dinners around a table and making his granddaughters laugh and smile were absolute highlights of any day.

He is survived by his wife of 49 years Peggy Kenny; son John Kenny and his wife Bridget; daughter Megan Mason and her husband Reed and his four granddaughters Whitney and Savannah Kenny and Peyton and Harper Mason; as well as by his brother Bill Kenny (Mary), sister Liz Orsini (Armando), sister-in-law Sharon Kenny, brother-in-law Ron Fillmore; as well as by many loving nieces, nephews, and cousins. He is predeceased by his mother Helen Kenny, his brother Michael Kenny, and sister Kathy Fillmore.

In lieu of flowers, the family requests that donations be made in Pete’s memory to the Memorial Fund at Resurrection Parish (https://resurrectionparishnj.org/donate-online)