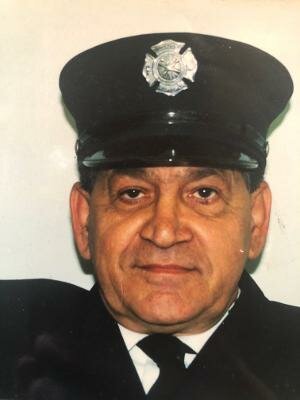 John R. Rotondo Sr. 78, died on December 13, 2021, at Temple University Hospital after fighting a battle with a chronic illness. He was a lifelong resident of Dover, NJ born on September 17, 1943, to Jennie and Daniel Rotondo at Dover General Hospital.

Johnny graduated from Dover High School in 1961. He was a wrestler and football player. He also was on the Dover Cadets Drum Core and the Denville String Band, playing the snare drum. Johnny also was a member of the Gearwinders which started his love of cars. After graduating high school, he attended the Wilfred Academy of Beauty and was a licensed Beautician. He worked a short time in Epstein’s hair salon in Morristown.

Johnny proudly served in the US Army from 1967 to 1970. He was a Sergeant in the 871st Engineer Detachment and received letters of Commendation for his outstanding leadership.  He was then stationed in Stuttgart, Germany to complete his tour. While in Germany, Johnny asked his then girlfriend Reba Jennings to come over to get married. They were married in a military service on March 7, 1969. Five years later, back in Dover they would renew their vows again on March 7th at Sacred Heart Church.

Once out of the military, Johnny came back to Dover and was a special class II police officer for the Dover Police Department for 3 years. He worked in a few auto body shops including working with a long-time friend Roger Coss. Around 1975, he decided to branch out and open his own body shop in back of his childhood home, Johnny’s Auto Body. The shop was in a garage built by his father Danny.  He had his shop for 34 years, working with his friend Benny. The shop was a staple for the community. He did amazing work and had a lot of laughs with his friends and family that would stop by throughout the day.

Once he retired from the shop, he worked at Home Depot for many years, then he found a position in the town of Dover driving the Dial-A-Ride Bus for seniors. He loved that job very much; he made lifelong friends and helped many people. He worked there until his illness was too much to continue working.

Johnny was a very proud member of the Dover Fire Department for over 50 years. The friendships made in the Department were lifelong. He was very active in the department and loved every minute of it. He enjoyed the parades, proudly representing the department in the colorguard.  He served as a delegate for New Jersey State Firemen’s Convention for many years. He was thankful to them for all the help and support they provided to him and his family throughout the years.

As some people may know Johnny was very active in AA, being sober for 47 years. His sobriety was very important to him, and he maintained outreach and support to everyone who needed it. He sponsored and helped so many.

He was beloved by all, and he is survived by his wife of 52 years Reba S. Rotondo (Jennings). His two children John Rocco Rotondo, Samantha Angel Venet (son in law Christopher). His three grandchildren Nicholas, Daniel and Emily who were his world. He was an only child, but his brothers and sister in laws, nieces, nephews, cousins, and friends were abundant and gave him a very full life, full of laughter and great memories. He will be missed by all, but never forgotten.