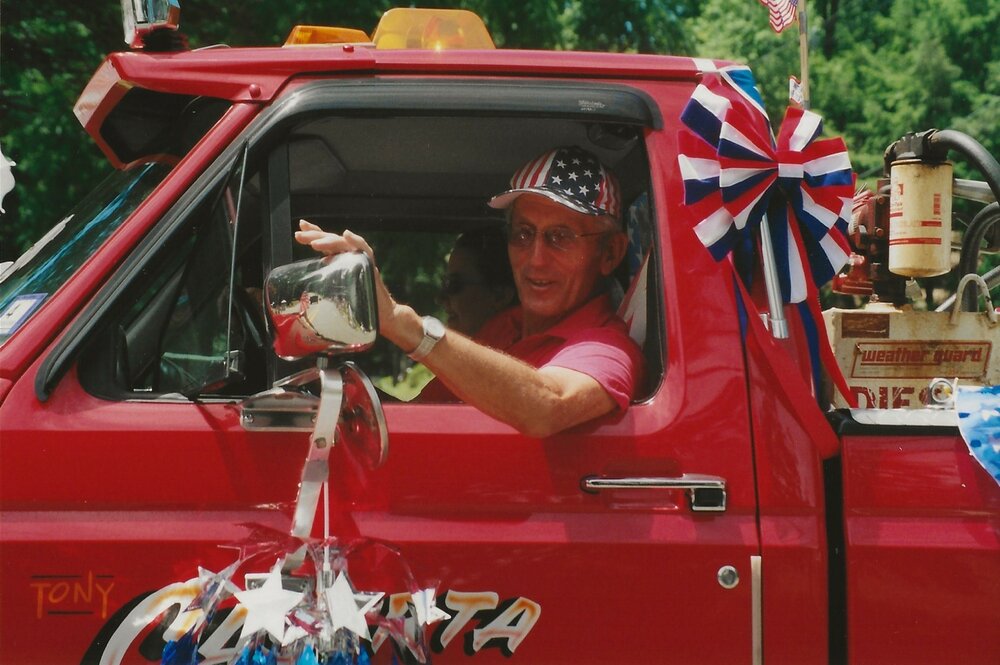 Tony grew up farming. He served in the Army and played baseball with Willy Mays, John Antonelli and Vernon Law. He worked for Worthington Pump and Westinghouse before starting his own excavating business. One of his passions was baseball which he played most of his life, even tried out for the Yankees in 1950! His other passion was when he and his wife, Joan, traveled the US in their RV’s along with many TCW (FMCA affiliated) friends. He was a great storyteller and kept the family laughing with his jokes and funny faces. He would do push ups for anyone who would watch and keep the dance floor smoking. He was a member of Randolph Chemical Engine Company #2 and donated the millstone located in front of the firehouse. He could fix anything with leftover parts and was loved by everyone he met.

Immediate Private Service. Celebration of Life will be held in the Spring 2022.

A Memorial Tree was planted for Anthony
We are deeply sorry for your loss ~ the staff at Tuttle Funeral Home
Join in honoring their life - plant a memorial tree
Services for Anthony Caserta
There are no events scheduled. You can still show your support by planting a tree in memory of Anthony Caserta.
Plant a tree in memory of Anthony
Print
Share A Memory
Plant a Tree