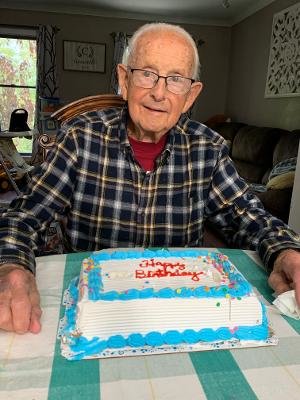 Obituary of Clifford C Back

Clifford C. Back, 93, of Boonton, NJ, passed away at Saint Clare’s Hospital,  Denville after a short illness on Friday, June 25, 2021. Clifford was born on May 11, 1928 to Charles and Verna Back in Wharton, NJ.
Cliff served in the US Army from 1954 to 1956.   He was an Educator in the public school system for over 30 years.  He was a coach of football, basketball, track and hockey.  His career began at Highland Park, then moved on to West Essex, Morris Hills, and ended when he retired at Randolph.  During his career and after his retirement Cliff helped establish the Northwest Chapter of the New Jersey Track Officials Association in which he remained active until 2017.
Cliff is survived by his two daughters, Karen Trombetta and her husband Billy, Cindy Monteleone, his son Bruce McVey-Back and his husband Jim, by two grandchildren, Katelyn Ceccarelli and her husband Will, and Nicholas Monteleone,  three great-grandsons, Michael, William and Vincent Ceccarelli.  He is survived by his loving companion of many years, Helen Angle, and his sister Carolyn Huck. He is predeceased by his parents, his wife of 38 years, Maryann Kufta Back, and his brother Kenneth.
Visitation at Tuttle Funeral Home, Randolph (Tuttlefh.com) on Friday, July 2, 2021, from 3:00pm to 7:00pm.  Funeral Service at the funeral home on Saturday, July 3, 2021 at 10:00am.  Interment at Succasunna Presbyterian Cemetery. In lieu of flowers, donations can be made in his honor to a charity of your choice.