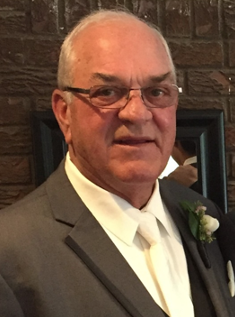 It is with deep sorrow and much love that we mourn the passing of Michael John Talmadge of Branchville, New Jersey.  Surrounded by his loved ones, Michael lost his battle with cancer on June 16, 2021 in Newton, at the age of 73. Michael will be forever remembered by his children, Dana Cafasso and Michael (Andree) Talmadge, and his companion, Susanne Dorris.  Michael will also be remembered by his two grandchildren, Christopher Cafasso and Mikaela Talmadge, by his siblings Rose Belding and Hubert (Jo Ann) Talmadge, and by his many extended family members and friends.

Michael was predeceased by his loving wife of 47 years, Katherine, and brothers Richard, Harry and Robert.

Visitation and prayer services will be held at Tuttle Funeral Home in Randolph (www.tuttlefh.com) on Monday, June 21st from 2 pm to 4 pm and 6 pm to 8 pm.

A Funeral Mass in memory of Michael will be held at St Clement Pope & Martyr Roman Catholic Church in Rockaway, on Tuesday, June 22nd at 10 am.  Interment for follow at Locust Hill Cemetery, Dover.

In lieu of flowers, the family suggests memorial donations in memory of Michael be made to American Cancer Society.