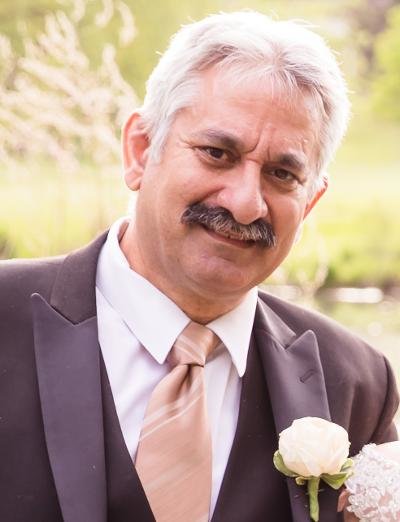 Obituary of Louis A Kalavrezos

Elias (Louis) Kalavrezos passed away unexpectedly at age 58 at his family home in Boonton, NJ on Tuesday, April 13th, 2021. He was born in New York on March 26th, 1963. Before the age of two his parents, Antonios and Sofia Kalavrezos, brought him to Kasos Island in Greece where he was raised with his older sister Anna and older brother George. As a teenager, Elias’ work ethic was evident. He found any job he could to make money to help his parents. In 1980 when he saved enough money, he returned to the United States where he made a life for himself working in restaurants. He first worked at Tommy’s Family restaurant as a dishwasher, where he gained his first experience as a cook. Afterwards he enjoyed working with his brother at George’s Coffee shop. He worked at several restaurants across New Jersey until he settled down with his work family for the past 25 years at Park West Diner in Little Falls, NJ.

In, December 1985, Elia met his wife and life partner, Evangelia (Angela) and in December of 1986, they were married. He relocated to Boonton, NJ to live with his wife and her parents, and they started their family in 1988 when they had their first daughter Sofia, then Anna in 1992, and Maria in 1995. Elia was a good provider and hard worker. He worked 60-hour weeks and sometimes 7 days a week just so his wife and daughters would have everything. He dedicated his life to making sure his daughters were immersed in the Greek Culture and would make multiple trips to St. Andrew’s Greek Orthodox Church and to the Bronx for events at the Kassiotiko Syllogo. During summers when he was able to take off from work, he would take his family to visit his parents on Kasos Island. He was a hardworking family man who found great joy in the simplest things such as tending to his garden, watching soccer, listening to Greek music, baking bread, cooking for his family, making people laugh and dancing Zembekiko.

Elias is predeceased by his parents, Antonios and Sofia Kalavrezos. He is survived by his wife Angela, his sister Anna (George) Paralis, his brother George (Theodora) Kalavrezos, his daughter Sofia (Brett) Kadrmas, his daughter Anna (Michael) Kambouris and his grandson Elias Kambouris, his daughter Maria Kalavrezos and her fiancé Andreas Diakos, and his nieces and nephews, aunts, uncles and many cousins.

The family's wishes are in in leiu of flower, donations may be made in his memory to either St. Andrew's Greek Orthodox Church, 1447 Sussex Turnpike, Randolph, NJ 07869 or given to the family so they can donate to Timios Stauvros on Kasos Island.