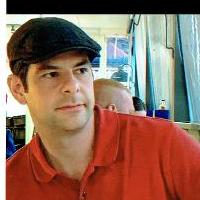 Michael Magura was born and raised in Randolph, NJ as the eldest son of a family of three children.  Michael graduated from Randolph High School in 2003 and graduated with honors from Rochester Institute of Technology in 2007 with a degree in Mechanical Engineering and Applied Science and Technology.  Michael's early career took him to Ohio to work for Honda and eventually to Washington State to work for Boeing Aerospace Company.

Michael enjoyed dirt biking, flying model airplanes and helicopters, snowboarding, history and cars.  He was a mechanical genius and could build / rebuild anything from scratch including computers.

He is survived by his parents Teresa and Gery of Randolph, sister Marissa of Neptune, brother Ryan of Randolph and his wife Allison Everitt of West Milford.

Michael will always be remembered as a loving person with a big heart and engineer's mind. After a long and courageous battle with depression, the pain became unbearable and Michael took his own life at the age of 36.  Mike will be loved and deeply missed; he will forever be in our hearts.

An open service will be held at the Good Shepard Lutheran Church in Randolph.  Funeral arrangements are in the care of Tuttle Funeral Home.

Funeral Service will be held at 10:00 AM on Thursday, February 11, 2021 at Good Shepherd Lutheran Church, 319 Quaker Church Road, Randolph.

Services for Michael Magura
There are no events scheduled. You can still show your support by planting a tree in memory of Michael Magura.
Visit the Tribute Store
Print
Share A Memory
Plant a Tree