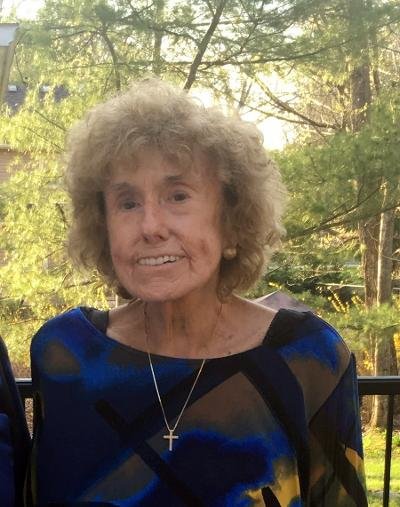 It is with great sadness that we announce that Margaret E. Paxos, loving matriarch, went to be with the Lord at the age of 81 on Thursday, December 10, 2020. Margaret was born on July 29, 1939 to Peter and Emma (Bayles) Plant in Dover, NJ, and was celebrated as the first girl in many generations. She grew up in Lake Hopatcong and attended Roxbury High School. She married Andrew Paxos of Chios, Greece in 1956. They settled in Succasunna in 1965, raised five children, and worked together to build several successful restaurant businesses. Margaret embraced the Greek culture, becoming fluent in Greek and was baptized in the Greek Orthodox Church. She welcomed Andrew's family with open arms, as her in-laws and many other relatives emigrated to America, and helped them to assimilate. She mastered Greek culinary specialties, and her pastitsio and melomakarona were a part of every family celebration.

Margaret is survived by her devoted husband of 65 years, Andrew, as well as her loving children, Irene Sergonis (Sergio), Kitsa Jobeless (Ronald), John Paxos (Janet), Voula Evangelis, Tina Huelsenbeck (Roger). Margaret will be fondly remembered as Yiayia by her grandchildren, Angela Melchionne (Joseph), Rita Spies (Ryan), Michael Sergonis; Sophia Orzillo (Marc), Tully Evangelis (Nicole); Andrew and Jeremy Paxos; Mike and A.J. Evangelis; Nicolas, Andrea and Austin Huelsenbeck. She will also be lovingly remembered as Big Yiayia by her 16 great grandchildren. She will be sadly missed by her brother Daniel Plant, as well as many cousins, nieces, nephews, extended family, and dear friends. Margaret is predeceased by her late brothers Richard, Peter, Robert, and David Plant and her grandson Jesse Faunt.

After raising her children, Margaret returned to school and earned an Associate’s Degree at the County College of Morris in 1994. When Margaret was diagnosed with scleroderma in 2001 and was told she had five years to live, she decided to fight the disease. She joined the Scleroderma Foundation to help advocate for disease research and awareness. She founded a local support group with her daughter Kitsa. Margaret continued working as an Insurance Underwriter at New Jersey Manufacturers until her retirement in 2003, after nearly 20 years of service. Margaret was an avid swimmer who enjoyed spending time at her beach houses in Seaside Park and Florida. Margaret was one of the founding members of St. Andrew Greek Orthodox Church and a secretary for the St. Andrew Philoptochos Society. Margaret was a voracious reader of love stories and mysteries. She enjoyed traveling and cruises. She loved animals, especially her dog Leo and parrot Joe. On weekday afternoons, she could be found watching her favorite soaps. When evening came, she watched Jeopardy and Wheel of Fortune with her husband Andy. Most of all, Margaret loved spending time with her family; it meant everything to her. She was loved by all who knew her and will be missed immensely.

COVID protocols will be followed.

Services for Margaret Paxos
There are no events scheduled. You can still show your support by planting a tree in memory of Margaret Paxos.
Visit the Tribute Store
Plant a Tree
Print
Share A Memory
Plant a Tree