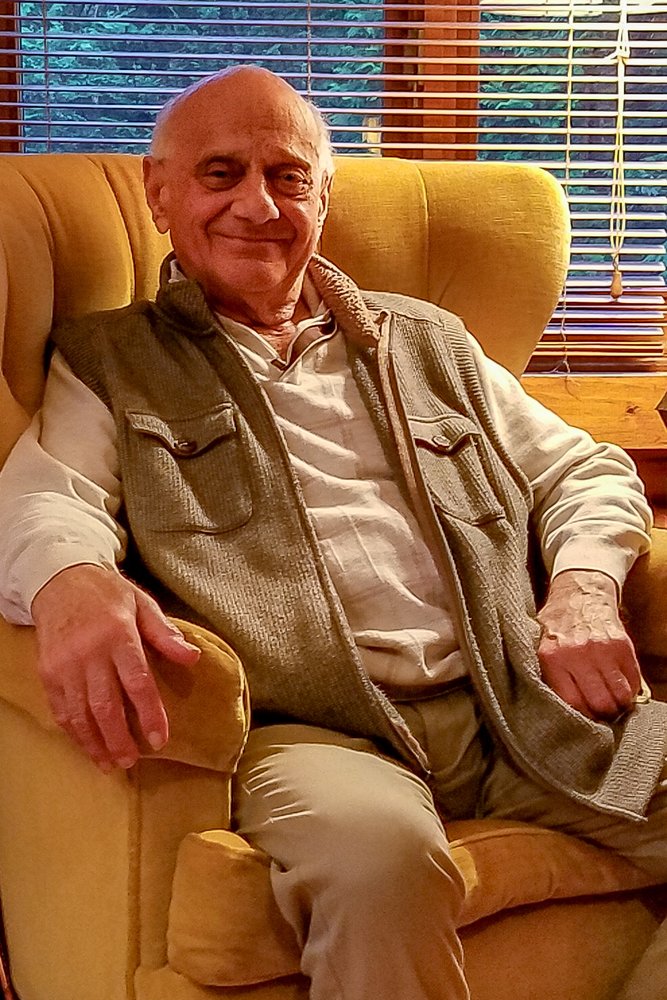 Please share a memory of Vito to include in a keepsake book for family and friends.
View Tribute Book

Vito was born in NYC then raised in Bernardsville and Madison NJ where he met the love of his life, Roseann Pisapia, whom later he married. After Seton Hall Prep he attended New Jersey Institute of Technology in Newark, NJ. During 1953-55 he served as a

1st Lieutenant in the USAF out of Chanute AFB in Illinois. Afterwards he settled with his wife and children in Mendham NJ where he and his father opened Jimmy’s General Merchandise on Main Street and

Roseann and Vito moved from Mendham, N.J. in 1958 with their four children to Succasunna NJ. Many years later Vito closed the business then began working at Epstein’s in Morristown and Wallach’s in Rockaway.

Vito loved classical music and opera. He could frequently be heard belting out snippets from Caruso, Lanza & Pavarotti interspersed with old Italian folk songs that were sung by his mother. He was an avid swimmer and sailing his Sunfish always made him smile broadly.

Known for a sharp wit and inciteful perspectives, his insistence that all men and women were equally entitled to dreams, ambitions and personal agency was at the core of his deeply moral and open spirit.

He is predeceased by his wife of 60 years, Roseann Proia.  He is survived by their children, Jeanne Law and Robert; Elizabeth Corsetto and Joseph; James Proia and Paul Ruck; and Robert Proia and Dawn; six grandchildren, Rebecca and Nathaniel Stone, Laura and Josh Young, Michael and Robbin Proia, Christina and John Manton, Patrick Law, Joann and Chris Clausi; and (9.5) great grandchildren, his niece and five nephews.

In lieu of flowers – the family requests a donation be considered for the following charities:

Or Alzheimer’s Association, at www.alz.org