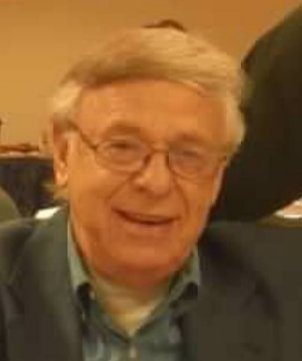 LEONARD SUNSHINE AUG. 5, 1933-JUNE 3, 2020 Leonard Sunshine, 86, of Randolph died peacefully of natural causes at Sunrise Senior Living, Randolph on June 3, 2020. Little did the Brooklyn boy know that when he reluctantly accepted a job transfer how dramatically his life would change. It was there, at Bell Labs in Whippany, that he met the love of his life, Alice (nee Hockenbary). They married on Valentine’s Day in 1965, and built a home in Randolph. There he was a stepfather to her three children and he became a part of the fabric of the community. Known as Lenny or Len to his many friends, he was a longtime member of the Kiwanis Club of Randolph. He volunteered for such groups as Meals on Wheels and the Salvation Army. Among Len’s honors was serving as the Grand Marshal of the Randolph Freedom Festival Parade. Len worked for Bell Labs/AT&T for over 40 years as a systems analyst before retiring to spend time with his beloved Alice. Prior to her passing in 2014, they enjoyed socializing and attending New Jersey Devils games. Len was a graduate of Brooklyn College and Stevens Institute of Technology. He was the son of the late Joseph and Sarah Sunshine of Brooklyn. Len was an Army veteran. In addition to his wife, he was preceded in death by his sister Annette of Brooklyn and his stepsons Gary and Randall. He is survived by his brother Frank (wife Elizabeth) of Staten Island; his stepdaughter Sherry Ross of Randolph; his daughter-in-law Lorraine and grandchildren Tyler and Chelsea Ross, all of Hackettstown; and his brother-in-law Richard Hockenbary (wife Eileen) of Randolph. In addition, he will be missed by many nieces, nephews, friends and neighbors. Services will be private, with the hope that a celebration of his life will be held in the near future. Interment will be at the Mt. Freedom Presbyterian Church Cemetery. In lieu of flowers, the family would appreciate donations to the Community Food Bank of New Jersey in his honor (cfbnj.org). Arrangements by Tuttle Funeral Home, Randolph (Tuttlefh.com)
Services for Leonard Sunshine
There are no events scheduled. You can still show your support by planting a tree in memory of Leonard Sunshine.
Visit the Tribute Store
Plant a Tree
Print
Share A Memory
Plant a Tree