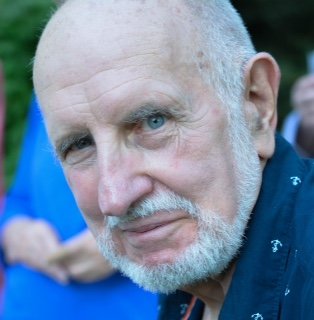 On May 3, 2020, Charles (Chuck ) Eslinger 83, passed peacefully at home surrounded by his loving family. He grew up in Clifton and served on the U.S. Navy aircraft carrier USS Randolph, Helicopter Antisubmarine Squadron Seven from 1956-1960. He owned his own manufacturing company, Chester Machine Company. Later he worked at Spencer Industries, Belleville, New Jersey. He retired in 2005. An active outdoorsman throughout his life, he enjoyed fishing, hunting, skiing, golfing, hiking, and boating. He enjoyed traveling to various European destinations with his wife Sandy. In particular, he loved traveling to Italy, eating gelato and pastries. He especially enjoyed family summer vacations in Sea Isle City. A renaissance man and a constant self learner, he taught himself various skills such as, crafting his own fishing poles and flies, building his own ski cabin in pa. and designing his backyard to rival Longwood Gardens. He enjoyed music of all kinds, and attended performances at the Metropolitan Opera. He also taught himself to play the violin and guitar. His greatest moments of happiness, were when he was surrounded by his family and friends. He could light up a room with his smile, charm and wit. He is survived by his wife of 20 years Sandy; 5 daughters, Karen, Nancy and husband Richard, Jill, Judy and husband Randolph, Christine and husband Jereme. He is also survived by his wonderful 11 grandchildren and 2 Great grandchildren. He is also survived by his sister, Janice, and her children, Billy, David wife Stephanie, Susan and husband Peter, Robbie and wife Christine. He was predeceased by his parents, Charles and Julia and sister Joyce. A memorial service will be held at a later date. In lieu of flowers, donations can be made in Chuck's memory to Atlantic Hospice, 465 South Street, suite 100 B, Morristown 07960, or a charity of your choice.
Services for Charles Eslinger
There are no events scheduled. You can still show your support by planting a tree in memory of Charles Eslinger.
Visit the Tribute Store
Plant a Tree
Print
Share A Memory
Plant a Tree