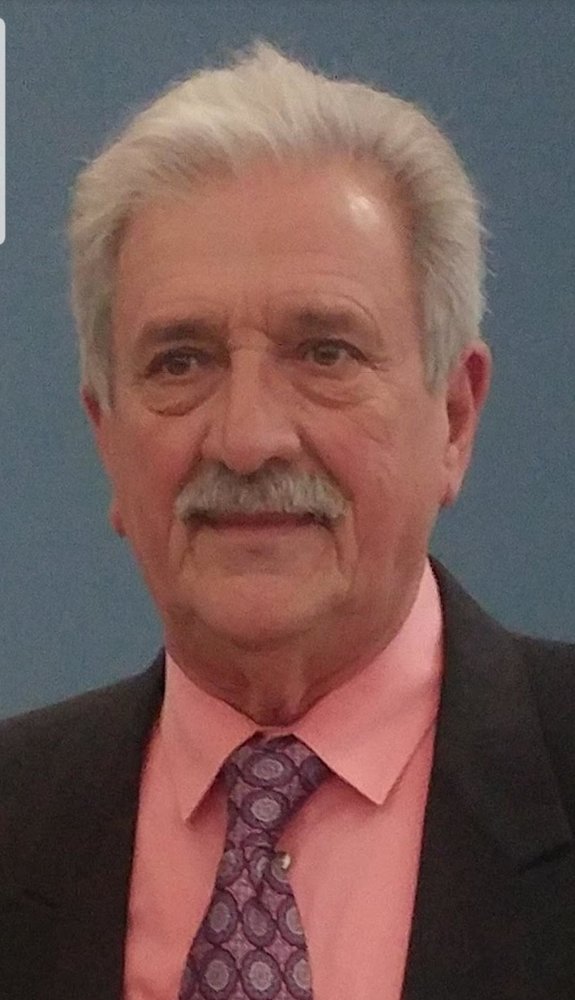 Louis “Luigi” Cesaro, Sr., has gone home to heaven on April 14, 2020. Born on October 5, 1949 in Napoli, Italy to beloved parents Giovanni (John) and Elisabetta Cesaro and older beloved brother Frank Cesaro. He gew up Napoli, and served in the Italian military, Air Force division, from 1969 to 1971 before coming to the United States, to reunite with his brother and sister-in-law Frank and Frances Cesaro. When 1973 he started his family, he moved to an apt building in Newark where his brother Frank and his family lived upstairs and Louis Sr. and his family lived downstairs. He would talk about the memories he had when his 3 sons John, Louis Jr., and Frank Cesaro, were born. He amazingly remembered the Dates, times, and birth weights of his sons, and how happy those moments were for him as a new, proud father each time one was born, back then. He would also remince about old days like taking Johnny and Louie Jr. fishing on his boat when they were young, how much fun it was, or how little Frankie was a big hugger and so cute. Dad Loved bragging most about how amazingly beautiful his grand kids are. He remembered all their birthdays and would often speak about how excited he was to be coming up on retirement, to take "My Boys" (as he would say) fishing in the summer. Dad would talk about his joy of spending mostly every Sunday morning with his brother, and sister-in-law Frank and Frances Cesaro drinking Expresso and talking about all of the grandkids and how he enjoyed his 70th birthday by Zio and Zia Frank's house seeing all of us. He would also vist and have laughs with his (recently passed) mother, Elisabetta Cesaro. (God Rest Your Soul Nonna) Dad would also reminisce about the time when his nephew and niece, Big John and Lisa were playing together, and watching them grow up with his kids ( Johnny, Louis Jr., and Frankie) almost as though they were siblings, not cousins. Which would then, lead him to talk about Lisa's kids Olivia, and Andrew, and Big John's kids Jake and Brayden with their smarts and wits when the play together or even just how they talk. He loved telling us in such joyous detail about his family, and best Friends of 30 years, Bill and Jane Lindemann and their children Jessica, Nick, and Gracie. Whom he watched grow into such beautiful people and from all the stories he told, it was like we were there for all he witnessed with them. He wanted them to know that he and we love you guys so much, you are family. He also loved talking about the many joyous moments with his son Louie and Louie's in laws Tony and Samia Markar, with their children, and their family's going on fishing trips and barbecues together. He always said they were his family and loved them dearly. Dad also loved cute Little Mathias, his sweet mother Katherine, and Carlos. He would tell us it used to make him smile when Mathias would say "Luigi!!". Dad had a huge heart, and he loved many more People and touched many more lives. Dad was a Father, Grandfather, Brother, Uncle, Best Friend, Kind Soul, and a Man that when he walked into a room, he lit it up with his smile and energy. He would also help those who couldn't help themselves many times, and want nothing in return. Louis "Luigi" Cesaro is survived by his 3 Sons and 2 Daughters-in-laws John Cesaro and wife Lucia, Louis Cesaro Jr. and wife Ritta, and Frank Cesaro; and his beloved grandchildren Joseph, Antonio, Vincenzo, Victoria, Cristian, Matteo, and Luca Cesaro. He is also survived by his beloved Brother and sister-in-law Frank and Frances Cesaro, his Niece and husband Lisa and Rich Aquino, their children Olivia,Andrew, and Nephew and wife John and Melissa Cesaro and their children Jake, and Brayden. I LOVE YOU DAD, YOU ARE AND WILL ALWAYS BE GREATLY MISSED.
Services for Louis Cesaro, Sr.
There are no events scheduled. You can still show your support by planting a tree in memory of Louis Cesaro, Sr..
Visit the Tribute Store
Plant a Tree
Print
Share A Memory
Plant a Tree