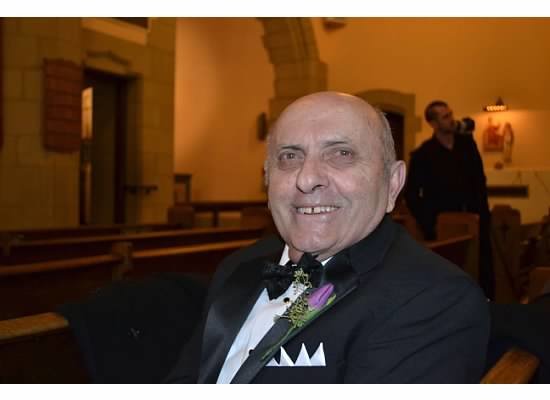 Raffaele “Ralph” Capra Sr., 92 years old of Whippany, NJ, passed away peacefully at home on April 12, 2020. Born on October 4, 1927 in San Polo Matese, Italy he immigrated to the United States in 1936. Son of Lauretta Esposito and Nicolino Capra & brother to Vincent Capra. He was a US Army Veteran that served in Korea, a truck driver for Tose Trucking Co., and a proud member of the Teamsters Union. He married the love of his life, Pauline “Sooky” LaVecchia on October 8, 1950 and was a devoted father to his four children. He lived in the Ironbound section of Newark, Irvington, Succaunna, and Little Egg Harbor NJ. Ralph will be remembered for his great love of his wife, family, movies, music/singing and Italian food; especially prepared by his wife. His signature phrases and legendary storytelling will carry him on in our hearts. He was a special person that touched so many lives and will always be remembered and cherished. He was preceded by his wife Pauline and brother Vincent and is survived by his four children and their spouses, Ralph & Elizabeth Capra, Joseph & Patricia Capra, Paula & Joseph Egan, and James & Anna Capra, his eleven grandchildren and spouses, Christine & Joseph LaPosta, Robert & Andrea Capra, Thomas & Allison Capra, Gina & Carmen Giorgianni, Michele & Levon Barsouian, Joseph & Lia Egan, Diana & Jonathan Jacobo, Jenna Egan, Joseph Capra, James Capra & Anthony Capra and seven Great-grandchildren Nate, Ellie, & Cody Capra, Joseph & Emma LaPosta, Nicolette Jacobo, & Renata Giorgianni, Sister-in-Law Esunta Capra, and many nieces and nephews. “In the end, it’s not about the years in a life, it’s about the LIFE in the years.” A celebration of Ralph’s life will be commemorated on a future date.
Services for Ralph Capra
There are no events scheduled. You can still show your support by planting a tree in memory of Ralph Capra.
Visit the Tribute Store
Plant a Tree
Print
Share A Memory
Plant a Tree