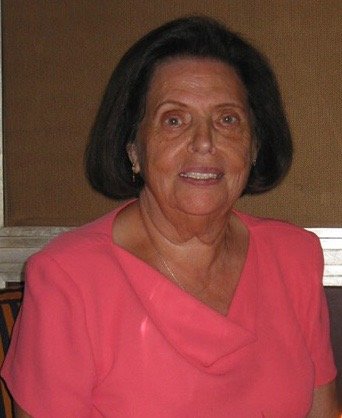 Dorothy Curley, of Mendham Twp., New Jersey, passed away on Saturday, March 21, 2020, in Tucson, AZ with her family by her side. She was born to Alfred and Johanna Eldringoff in Rineland, Missouri and moved to New Jersey at the age of 18. It was in North Caldwell where she met the love of her life, John Curley, they were married 67 years. Together they raised three children and in 1959 they founded their own stone and building supply company, Curley Stone Company, Inc., on Route 10 in Randolph. She worked there full time until 1999. She continued as a financial consultant to the business through 2019 while living in both New Jersey and Arizona. When not working, she enjoyed reading, hummingbirds, horticulture and travel. One of her most memorable trips was in celebration of their 40th wedding anniversary when they flew to Europe on the Concorde and traveled on the Orient Express. She is survived by her husband John; daughters Sharon O’Rear (Kevin) of Farmington Hills, MI and Carol Creter (Kevin) of Randolph, NJ; two grandchildren Bryan O’Rear and Meghan O’Brien; five great-grandsons Liam, Killian, Declan, Finnegan and McCormac and two brothers, Sydney and Sylvan Eldringhoff. She was predeceased by her son Michael Curley. Dorothy will be privately entombed at Gate of Heaven, East Hanover.
Services for Dorothy Curley
There are no events scheduled. You can still show your support by planting a tree in memory of Dorothy Curley.
Visit the Tribute Store
Plant a Tree
Print
Share A Memory
Plant a Tree