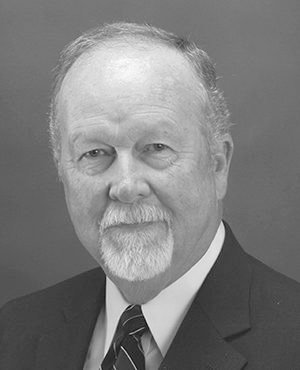 JOSEPH D. CLARK, JR., Ph.D 78, RETIRED WARNER-LAMBERT VICE-PRESIDENT Joseph DeGant Clark, Jr. passed away Thursday, February 13, 2020 at Saint Clare’s Hospital, Dover, NJ, due to complications from a stroke suffered on January 24, 2020. He was 78. Born in Wheeling, WV, he spent his younger years in Fostoria, OH and resided in Randolph, NJ since 1972. He spent 23 years of his professional career at Warner-Lambert Company in Morris Plains where he served as Vice-President of Research and Clinical and Regulatory Affairs for the Consumer Products Division. After retiring from Warner-Lambert, Joe was an executive recruiter with Brissendon, McFarland, Fuscella and Reynolds in Bridgewater, NJ and was Vice-President of Regulatory Affairs and a Consultant at Schering-Plough HealthCare Products. Joe was also Assistant Professor of Clinical Pharmacy at the University of Kentucky, College of Pharmacy in Lexington, KY. He was a graduate of West Liberty University in West Liberty, WV with a Bachelor of Arts Degree in Biology and Education. Joe was elected in 2010 to West Liberty University’s “Alumni Wall of Honor”. The Alumni Wall of Honor, is “a way to honor some of the college’s most distinguished alumni and display pride in the accomplishments of its graduates”. Joe received a Master of Science Degree and a Doctorate in Pharmacology from West Virginia University in Morgantown, WV and was a Post-Doctoral Fellow in Pharmacology and the Space Sciences Research Center at the University of Missouri in Columbia, MO. He was a member of the NY Academy of Sciences, the American Society of Clinical Pharmacology and Therapeutics, and the International Society of Regulatory Toxicology and Pharmacology. He also was on the Board of Directors of the Research and Development Council of NJ serving as Vice-Chairman and Chairman for several years. Joe served on many industry committees with the Non-Prescription Drug Manufacturers Association previously the Proprietary Association in Washington, DC. Joe was also very active in Randolph Township having served on the township council, the planning board, the zoning board of adjustment, the drug action committee and was council representative to several township committees. He was a member of Randolph Kiwanis for many years and was a past distinguished president. He was a member of the Big Bass Lake Community Association in Gouldsboro, PA where he served on the Board of Directors and as President. Joe was a founding member of Resurrection Parish in Randolph where he ushered for more than 25 years and was a member of the parish council, the finance committee and a trustee. Through all these accolades, Joe will tell you his greatest achievement was that of Husband, Father and Grandpa. He loved travelling with Sandy to their winter home in Fort Pierce, Fl and to their annual getaway with good friends to Aruba. He was so proud of his sons, and the men they had grown to be and the boys they were raising. He loved spending time with his grandsons and watching them in their never-ending activities whether it was baseball, soccer, fencing, track, swimming, basketball, football or school concerts and theater productions. It didn’t matter what it was – these were the special times for him. He is survived by his loving wife, Sandra (Shivetts) of 55 years; his two sons, Matthew of Denville, NJ and David (Ginny) of Gilbert, AZ; and his six grandsons, Connor, Zachary, Joshua, Ethan, Lucas, and Maxen. He is also survived by his brothers, Dr. Hugh (Sandy) of Yuma, AZ and Robert of Clearwater, FL and three sisters, Roxanne Harmon and Barbara (Ken) Sauber of Fostoria, OH and Patricia of Largo, FL. He was preceded in death by his parents, Joseph DeGant Clark, Sr and Rosemary Rock Clark as well as his sister Marganne Sherrard. A Funeral Mass will be celebrated at Resurrection Parish, Randolph, NJ on Friday, February 21, 2020 at 11:00 am. Hours of visitation at Tuttle Funeral Home in Randolph, NJ (Tuttlefh.com) are Thursday, February 20, 2020 from 4:00 pm - 8:00 pm. Interment is private. Flowers are appreciated, but contributions to Resurrection Parish in Joseph’s name are preferred.
Plant a Tree
Print
Thursday
20
February