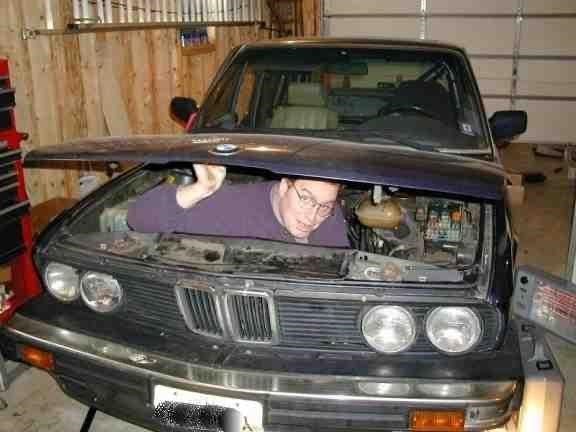 Ed graduated from Delbarton School in 1990 and the University of Notre Dame in 1995, where he was no football fan but he did meet his wife, Tara. Easy-going Ed was the perfect foil for two bossy sisters, yet he was ruthless on skis, on his mountain bike, on roller-blades, and at board games. Ed had very strong views on craft beer and pizza. He was a friend to anyone needing a driveway shoveled, a car-purchase recommendation, or an A/V system hacked. Ed the mechanical engineer loved cars—taking them apart, putting them together, but most of all, driving them. When onlookers marveled at Ed’s prowess at the track and wanted to know what he’d done to the car, his father would say, “It’s the driver, not the car.”

Ed was a consummate dad. He enjoyed go-karts, video games, and root beer floats as much (perhaps more) than his boys. He lamented that no one invented shirts for kids with handles on the back—among his genius hacks. He enjoyed family trips to the Maine coast and Ireland—ideal spots for people to whom the sun is no friend. He instilled in his boys a great love for animals—there have been many, many rescued and fostered dogs, cats, and now, chickens.

He was taken much too soon.

In lieu of flowers, donations may be made to Engineers Without Borders USA.