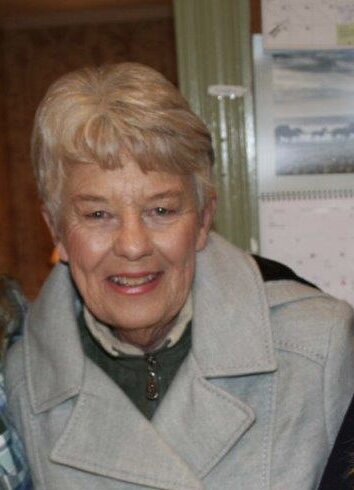 Please share a memory of Mary to include in a keepsake book for family and friends.
View Tribute Book

On the evening of October 16, 2022, MaryBeth passed away peacefully at Morristown Medical Center in Morristown, NJ. MaryBeth was 74 years old.

MaryBeth was born in the Bronx, NY on January 26, 1948, the oldest daughter of Mary and Edward Larkin. After graduating from St Nicholas of Tolentine High School in 1965, MaryBeth went to work in Manhattan where she later met her husband Joseph at work. They were married by the Justice of the Peace in Yonkers, NY on December 18, 1970 then 48 years later on April 27, 2018 they reaffirmed their vows at Sacred Heart Church in Dover, NJ.

After raising her children full time MaryBeth returned to the workforce, spending 5 years at The National Football Foundation and a decade as an insurance agent for State Farm. Later in life, after falling in love with her daughter’s dog, she adopted her own beloved pug, Molly. She loved the ocean and spent many treasured vacations in Rhode Island both as a child and then with her own family. She will be remembered for kindnesses great and small, leaving truly creative birthday song voicemails and ending every phone call or visit with a heartfelt Be Careful! Her joyful spirit and gentle heart will be missed by all who knew her.

Visitation on Friday, October 21, 2022 from 4:00PM - 8:00PM at Tuttle Funeral Home, Randolph, NJ (Tuttlefh.com).  Funeral Mass 9:30AM on Saturday, October 22, 2022 at Sacred Heart Church, Dover.  Interment is private.  In lieu of flowers, the family requests donations be made to Market Street Mission in Morristown, NJ.