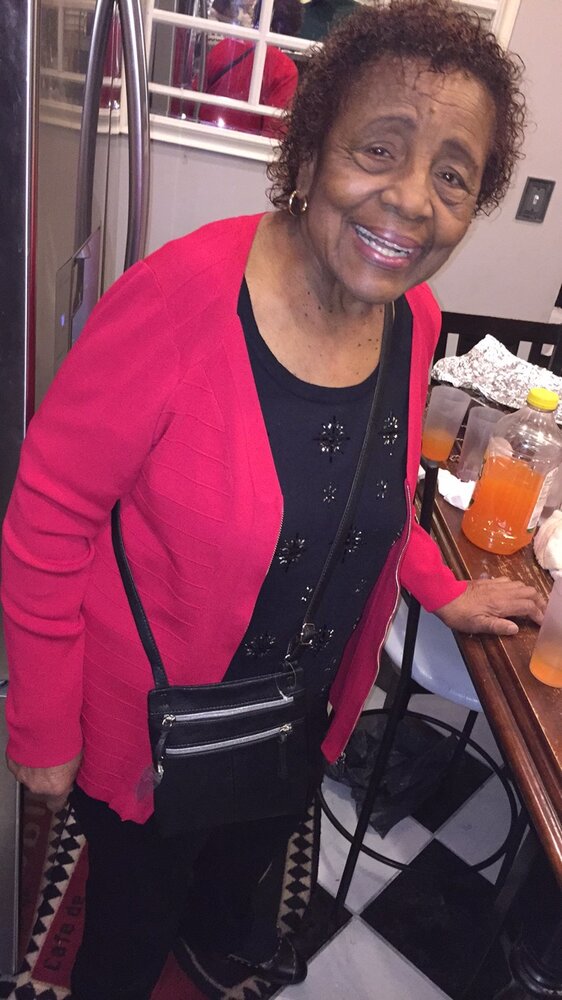 Please share a memory of Lottie to include in a keepsake book for family and friends.
View Tribute Book

Lottie Rivers (Robinson), 92, of Dover, NJ got her wings on Friday, June 10, 2022 at the Regency Grande Rehab and Nursing Center in Dover, NJ.

Lottie was born in Morristown, NJ on July 30, 1929, to the late Vaughn Robinson and the late Amanda Robinson. She was raised in Saxe, Virginia and later moved to Philadelphia, PA where she lived for a short time. Eventually found a job at Greystone Park Psychiatric Hospital in Morris Plains, NJ as a Housemother, this is where she met her husband William Leroy Rivers, Sr.

They were married on July 3, 1954, and from this union, they had three children William L. Rivers, Jr; Lisa R. Tillett and Letitia L. Brantley.

Lottie worked at Greystone Park Psychiatric Hospital for over 37 years before retiring. Lottie was a member of Mount Zion Baptist Church, Dover, NJ. She was the maître d of the family. After raising her children, she helped raise her grandchildren and occasionally watched her great-grandchildren. She loved Bingo and occasionally go to the casinos, but she especially loved spending time with her family and friends. Her children and family were first in her life.

She leaves behind to cherish her memories are her son William Rivers, Jr. and his wife Jody of Dover; her daughter Lisa Tillett and her husband Darnell of Flanders; and her daughter Letitia Brantley  of Dover; brother Henry Robinson and his wife Alice of NC; her sister Rachel Faulkner of VA; Seven grandchildren – William Rivers III, Shyfer  Brantley, Jr., Tiffany Brantley, LaNija Mendes, Gary Tillett, Xavier  Bournes and Orlando Tillett; and six great grandchildren, and a host of nieces, nephews, cousins and other relatives and friends.

In lieu of flowers donate to the Arthritis Foundation (arthritis.org) in memory of Lottie Rivers.