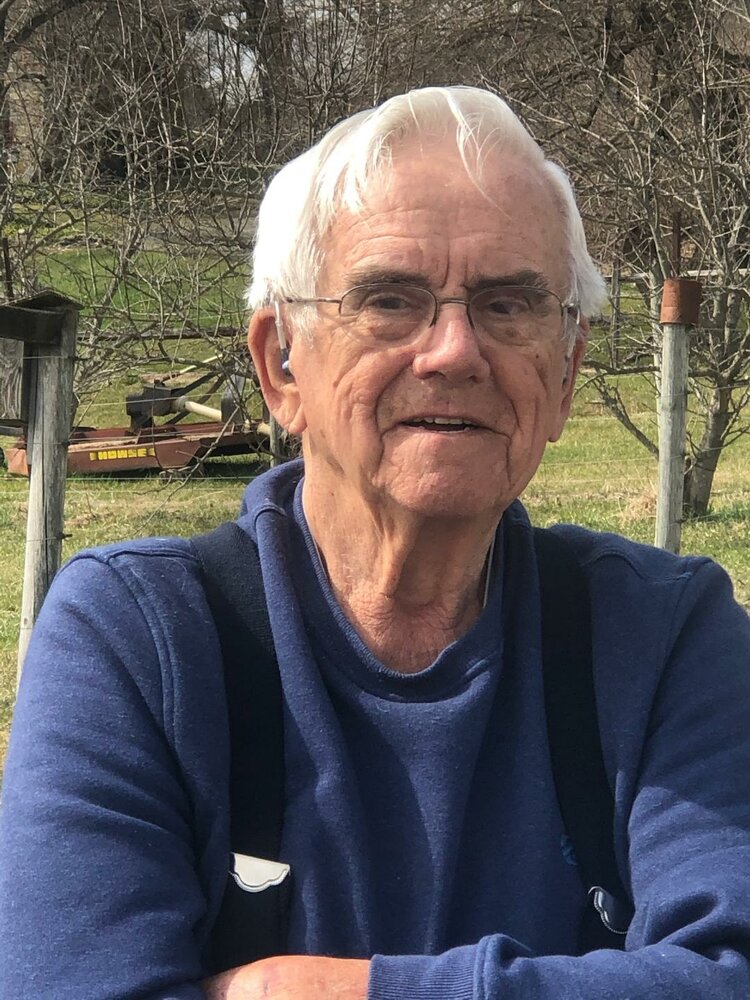 Please share a memory of Andrew to include in a keepsake book for family and friends.
View Tribute Book

Andrew Paul Chirip – Born in Dover, N.J. on December 09, 1930, one of 11!  He was born to Meri and Andrew Chirip on Harding Ave in Dover. His father was a blacksmith with Coven Inc. right under the Salem Street bridge. His mom was a homemaker for 11 children, her husband and various guests.

He attended Dover High School and during that time met his sweetheart Lorretta Barna, during CYO basketball at Sacred Heart Church, Dover, NJ.

They were married on November 5th, 1950, in Sacred Heart Church, Dover NJ. They cherished their marriage for over 70 years.  Upon entry into United States Marine Corps his wife Loretta followed Andy to San Diego, after basic training in Parris Island, South Carolina. When Andy departed for service in the Korean War, Loretta saw him off at the dock then headed back by train to Dover N.J. to await her husband’s return. Loretta took the Phoebe Snow Train on the Erie Lackawanna Railroad home to Dover during the Christmas season, and was stranded by a snowstorm in Buffalo, N.Y. on Christmas Eve.

During the Korean war, Andy achieved the rank of Corporal serving as a Marine Corp artillery spotter, behind enemy lines. He injured his leg during his service but refused to apply for a Purple Heart, since the notice would be sent to Loretta, and he didn’t want to upset her. He mentioned two combat incidents, one, where he and his commanding officer abandon a jeep when hearing mortar rounds incoming, they jumped in a ditch and their jeep was destroyed. He also told a story about watching the USS New Jersey sailing through a narrow passage into the harbor. The enemy took advantage of the fact the ship could not turn around in the straight and was raining shells on the ship. Upon entering the harbor, the New Jersey could and did turn broad-side to the hills where the enemy fire was coming from. The New Jersey then proceeded to pummel the hillside above Andy's position unloading its giant guns with shells traveling over his head.

Upon his return from the Korean War, Andy restarted his fledgling career in the supermarket business. During his high school days, Andy worked at Camel’s Market in Dover. He did some part time work for the Great Atlantic and Pacific Tea Company prior to Korea and upon his return started his full-time career with the A&P. Andy was a clerk, produce manager, store manager in Oakland, Dover and Denville, NJ (all stores he managed later in his career). He assumed roles of increasing responsibility attaining District Manager status and finally Re-Set (remodeling coordinator) prior to his retirement. Andy’s final re-set was in the West New York NJ A&P prior to retirement. Andy worked for the A&P for more than 40 years.

Andy and his wife Loretta lived most of their lives in Mine Hill, NJ, where they raised four sons (Steven, Andrew, James and Thomas). In the mid 80’s Andy and Loretta constructed their dream summer home on Long Beach Island, N.J.. They spent numerous summers on LBI. They spent several years “snow-birding” between LBI and Englewood FL, where they owned a condominium.

Both Andy and Loretta passed on to heaven from their bedroom, in their beloved LBI home (about 14 months apart) after more than 70 Years of Marriage!

Andy was rarely mentioned without the addition of his wife Loretta. He cared for her during her decline from Alzheimer’s disease prior to her passing on Jan 6, 2021. His loyalty and commitment to his wife Loretta was an inspiration to many.

Andy’s declining health led to his peaceful passing on Tuesday, April 19, in the early morning hours.

He is predeceased by 9 of his 10 brothers, sisters and in-laws. His sister Theresa Kopp (formerly of Mine Hill) and brother in law, Joseph Krieg (formerly of Morris Plains), are the remaining living members of Andy’s immediate family. Andy’s one brother in law from Loretta’s family has pre-deceased him. His “favorite sister in law”, Eileen Muccia lives with her husband Peter (near Tom’s River).

On a personal note, Andy loved to sing, alone, with his sisters Dorothy and Elleanor, or in various church choirs. He won for the Chirip family, their first television set singing in a talent contest at the Baker Theatre, Dover NJ. He sang at family and non-family events throughout his life, an excellent tenor. Andy and his wife Loretta also sang with various church choirs, notably St. Mary’s, Wharton, NJ, Our Lady of the Magnificat, Smoke Rise, NJ, and St Thomas Aquinas, Beach Haven, NJ.

He helped support the Mine Hill boy scouts by obtaining and providing food donations from the A&P.

Andy provided his family with an amazing work ethic example and the understanding to work hard and play hard. Two weeks’ vacation on LBI during the summer and a week-long ski vacation in Vermont were the standard. He skied late into life.

He loved stuffed cabbage, haluski (fried cabbage and noodles) and an occasional liverwurst sandwich. He initiated every major holiday celebration with a shot of whiskey and a high-ball.

His love, kindness and affection will remain with his family forever. If Andy “busted your chops”, it meant “he loved you”! Andy, Mr. A&P and the male half of the Loretta and Andy Duo will be forever missed.

The family will convene on Friday, May 6th, 2022, at Tuttle Funeral Home, Randolph, NJ from 10:00 am – 2:00 pm for visitation followed by a Marine Corp honor guard flag presentation and Catholic Prayer session. A repass will be held immediately following at the Wharton American Legion. Family and Friends are welcome to come pay their respects.