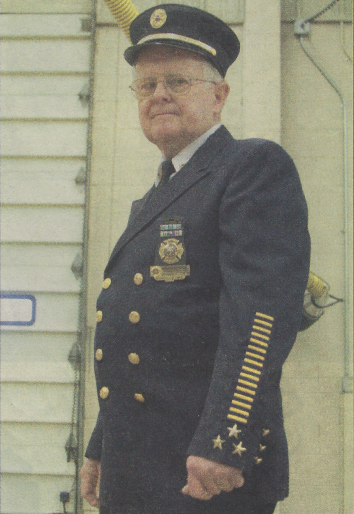 John J. McAndrew Jr., 85 years old of Randolph, passed away peacefully at home on Wednesday January 19, 2022 after a long illness.  John was born and raised in Wyckoff, NJ before settling in Randolph, NJ for the past 53 years.  He graduated from Ramsey High School and attended Newark College of Engineering.

John was a family man raising two boys with his wife Agnes. Together they enjoyed traveling and camping which became one of the mainstays – taking Agnes and John to 49 of the 50 states.

John worked as a land surveyor/engineer at Houdaille and then quarry foreman for Halecrest in Mt. Hope.  He later worked at Randolph Township, retiring as Superintendent of Public Works.

In addition, John’s passion was in the fire service.  He served the NJ Forest Fire Service, Wyckoff Fire Department and Randolph Township Fire Department collectively for 65 years. He held positions serving Randolph as Battalion 4 Chief and then Chief of the Department.  He served as President of the Ironia Firemen’s Association and then was the long-term financial treasurer.

John and Agnes were active parishioners at St. Matthew’s the Apostle Parish.

John is survived by his wife of 62 years, Agnes Shaw McAndrew, two sons

In lieu of flowers, donations may be made in John’s name to St. Jude’s Children Hospital