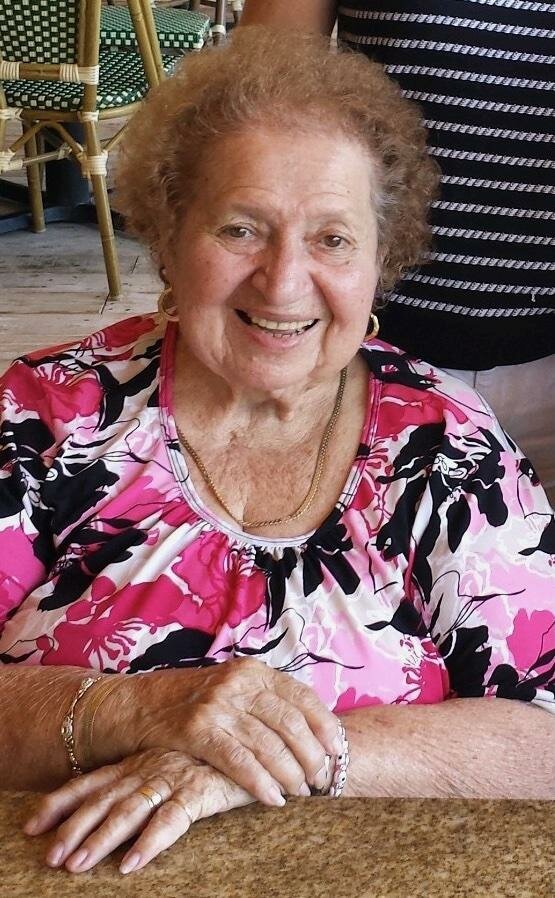 Please share a memory of Freda to include in a keepsake book for family and friends.
View Tribute Book

Freda is predeceased by her husband Harry J. Sakas and her son Dan Sakas.   She is also predeceased by grandson Matthew Sakas as well as her siblings James Koufos, Mary Pappey, and Ted Koufos.

Freda was born and raised in Somersworth, New Hampshire where she met her future husband, Harry.  During his 14 year career in the Navy, Freda and Harry lived in various states throughout the US while raising their 4 children.  In 1963 they settled in Lake Hiawatha, NJ. Freda worked as a lunch aide at Parsippany Troy Hills Elementary School where she was loved by all the children.  Later she helped Harry open and run Harry’s Corner I in Little Ferry and Harry’s Corner II in Lake Hiawatha.

For nearly 60 years, Freda was a member of St. Andrew Greek Orthodox Church in Randolph, NJ, previously located in Dover, NJ.  She was an active member of Ladies Philoptochos Society, Daughters of Penelope where she served as District Governor, and the AGAPE group. St. Andrew’s Greek Festival was an event Freda relished each year. Throughout the years she worked various roles at the festival including making and selling  pastries, and selling raffle tickets.  She was proud of her church and loved by many who worshiped and served there.

Freda enjoyed trips to Atlantic City, cruises with friends and family, and her winters in Florida with her daughter Pam.  She will be remembered for her playful spirit, kindness, laughter, and for never turning down a sweet dessert.