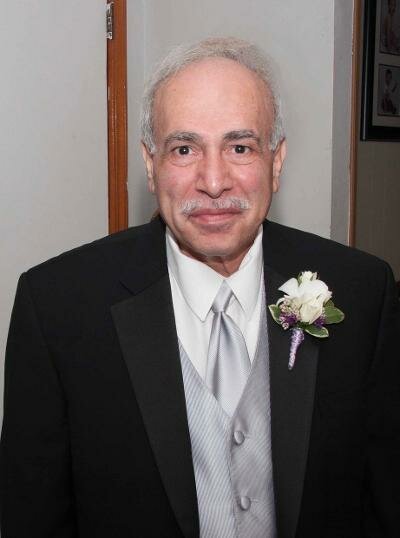 Please share a memory of Nicos to include in a keepsake book for family and friends.
View Tribute Book

Nicos Demetrios Rotsides, of Randolph, NJ, passed away peacefully at home on January 8, 2022, at the age of 70, surrounded by his loving family.

Nicos was born in Mia-Milia, Cyprus to Demetrios and Katerina Rotsides on May 4,1951. Growing up he learned the carpentry trade by working with his father and became an expert in the field.

At the age of 18, Nicos was drafted into the Cypriot Army for only 2 years, but after the Turkish invasion of Cyprus in July 1974, he was called again and willingly served. After the war, Nicos left Cyprus to join his family who had migrated to the United States two years prior.

In 1981, Nicos returned to Cyprus where he met and married the love of his life, Maria Ioannou. Within the year, Nicos returned to the United States with Maria and started a beautiful family together. They had three children: Eleni, Demetrios, and Katerina and recently celebrated their 40th Anniversary on October 11, 2021.

In the United States, Nicos became an entrepreneur and joined his family in the restaurant business. During his tenure, Nicos owned and operated Nick's Restaurant in Morristown, the Randolph Diner (currently Mr. Crabby's Seafood House) on Route 10 in Randolph, and the Rockaway Diner on State Route 46 in Rockaway, NJ. He employed hundreds of people throughout his career and treated all his employees like family. Retiring in 2013, Nicos openly credited his success to his devoted wife, Maria.

Nicos loved visiting family in Cyprus, hunting, riding motorcycles and later, spending most of his free time with his grandson, Nicholas. He always made himself available for a card game at his friend's auto body shop or with his brothers at family gatherings. What he loved most was the company of his family and friends. His favorite memories were of him and Maria working with their children and teaching them the importance of hard work. He believed they were stronger together as a family and instilled those values in his children. He was a wonderful father, grandfather, husband, brother, and boss who will be deeply missed by all who were fortunate enough to know him.

Visitation on Thursday, January 13, 2022 at Tuttle Funeral Home, Randolph (Tuttlefh.com) from 4:00PM – 8:00PM.  Funeral Service at St. Andrew Greek Orthodox Church, Randolph on Friday, January 14, 2022 at  10:00AM.  Interment at Locust Hill Cemetery, Dover.  In lieu of flowers, a donation may be made in his memory to: Saint Andrew Greek Orthodox Church, 1447 Sussex Turnpike, Randolph NJ 07869 or website: https://www.standrewgonj.org/ and choose PayPal / online WeShare

Livestream If you cannot attend in person, we will Livestream the Funeral Service on our website Home | St. Andrew Greek Orthodox Church (orthodoxws.com)