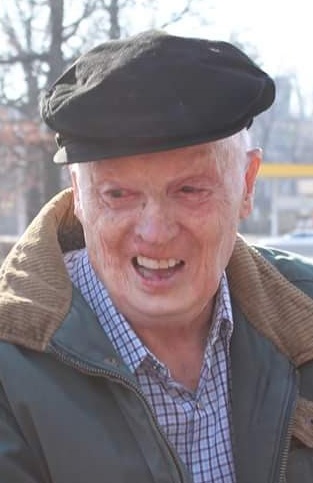 John Robert Breakwell, 92, of Succasunna, passed away on Wednesday, December 29, 2021 at his residence.  John was born on February 19, 1929, to Alfred Clarence and Mable Leivers Breakwell, in Long Eaton, Nottingham, England.  Bob was the eldest of four boys, Derek (deceased), David, and Peter.

Bob left school at the age of fourteen to help with the family income and worked as a signal operator on the railways before joining the Royal Air Force at age 17 as an apprentice armourer.  He served with the RAF for ten years before joining the Rhodesian Air Force then the Air Force of Zimbabwe.  He served in the forces for a total of thirty three years, retiring as a Flight Lieutenant and after reupping, as a Wing Commander.

Bob met his wife of 67 years, Joan O’Flynn Madden, whilst stationed in Southern Rhodesia.  They courted through letters back and forth between Gwelo (Gweru), Zimbabwe, Kasfareet, Egypt, Aden, Yemen, and Jerusalem.  They married in 1954 in Long Eaton, before returning to Southern Rhodesia in 1956, after their son Jonathan Michael (Mik) was born.

During his service, in 1969, Bob was severely injured sustaining third-degree burns over sixty percent of his body after a bomb exploded in his arms.  After many surgeries and long months in hospital, Bob was finally able to return to his home to continue recovering.  He had to learn to walk again and did so with the help and support of Joan, their family, and the continued brotherhood of those with whom he served.

In 1970 the family moved to Salisbury (Harare), the capital of Zimbabwe, where Bob was closer to medical treatment. In 1971 Bob and the family were baptized into the Church of Jesus Christ of Latter-day Saints.  This choice shaped much of Bob’s life as he served in the Church’s lay ministry.  Bob was a faithful member of the Church and longed for the day when he could return in person, to Church services.

Bob and Joan moved to the United States in 1985 living with their daughter, Jeanette, her late husband, Kris, and family.  Bob worked in security at the Hotel Westin, Utah, the Embarcadero and Hilton hotels in Newport, Oregon, and for Traveler’s Insurance Company in Brea, California.

Bob was loved and appreciated by family and friends.  His nine grandchildren and 19 great-grandchildren all called him Granbob and he was loved for his silliness, unconditional love, and unending supply of chocolate.