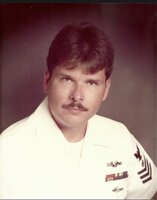 Frank loved and served his country for 16 years serving as a navigator on several nuclear submarines and completing his career on the aircraft carrier John F Kennedy. His submarine service included a strategic mission during the Gulf War.

After his retirement Frank pursued his dream of completing his education and earned his Bachelor’s degree in psychology from Thomas Edison State University.

Frank is predeceased by his mother Dorothy Yurkon Haines and his father Frank J Galvin Sr. He is survived by his brother Michael J Galvin and his wife Alexandra; his brother AJ Klenert and his wife Daneen and AJ’s son Dakota and daughter Olivia.

A graveside servie will be held on Wednesday, August 3, 2022 at 12:30 located at Brigadier General William C. Doyle Memorial Cemetery in Wrightstown, NJ.